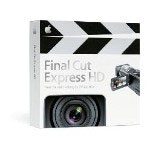 Onstage at the Macworld Exposition in San Francisco last week, Apple’s chief executive, Steven P. Jobs, proclaimed 2005 as “the year of high-definition video,” a strange declaration from someone who was not trying to sell television sets. He kept his laser-like focus on the iPod and the Mac mini, a new low-priced, book-size computer. But he noted that the giant screen projecting his demonstrations was in high definition, gave a cursory display of several computer video-editing tools and offered an enthusiastic plug for a new Sony high-definition video camera. He also invited Sony’s president, Kunitake Ando, onstage for a brief and cryptic appearance and mentioned that the two companies might find other things to cooperate on in the future. But if Mr. Jobs is thinking about a future role for the quirky computer maker in entertainment beyond digital music, he is holding his cards very close to his chest. In an interview after his presentation, Mr. Jobs demurred. The problem, he suggested, was not that Mac TV was not a good idea, but that the cable companies are monopolies. But he did not close the door entirely.

Now, as a practical matter, Jobs is right!  This is the year of HD … at least from a production perspective.  CE manufacturers are introducing HD camcorders as fast as they can (both professional and prosumer) and HD recording and playback devices abound.  Apple’s Final Cut HD has been around for over a year now and their entire suite of professional production software is geared or gearing up toward a total HD world.

That being said, an iTunes-based Video engine would turn a few heads.