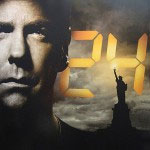 The sight of Kiefer Sutherland’s anti-terrorism agent Jack Bauer with a flip-top mobile phone clamped to his ear, barking orders as he once again goes about saving Los Angeles from annihilation, has become one of the enduring images of hit real-time drama 24.

Now, with the launch of the fourth series of 24 on Sky One fast approaching, UK fans of the show can sign up for 24: Conspiracy, a series of specially shot 60-second mini-episodes of the show available via Vodafone’s 3G mobiles.

Each 24: Conspiracy “mobisode” can be downloaded by Vodafone live! customers onto their 3G phones, offering a minute of exclusive video content that mirrors the action in the 24-part TV series on Sky One.

Vodafone live! is offering the first Mobisode for free and after that each further 60-second video will cost 50p, or 24 fans can pay £6 to get the whole series on their 3G handset.

The new series of 24 launches on Sky One on January 30 and in a marketing experiment, BSkyB will simulcast the extended two-hour first episode on Sky Travel, which is available to Freeview customers, in an effort to persuade some to upgrade to its Sky Digital pay-TV service.

Fox launched the fourth series of 24 in the US the Sunday before last, with the show attracting nearly 15 million viewers – its best ever ratings in America.

Do you think the mobisodes are here to stay?  Will 3G really ever happen in America?  Is there content that Americans will want badly enough to subscribe to or pay “ala carte” for?  These are just a few of the questions we just don’t have answers to.  Cellphone usage across the pond is extremely different than it is here.  As are purchasing habits and methods.  This could be a very important distribution method in the very near future … we’ll see.