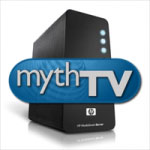 The New York Times published a front-page article about MythTV this past Sunday (1/30/05).  MythTV is one of dozens of home-brew PVR (personal video recorder) websites – it basically is a DIY TiVo.  However, the Times lumps it into a genus of technologies dedicated to helping people steal pay-per-view and premium television.  The builders of these systems will tell you that the units are not for stealing content or skipping commercials, but then why build them – they’re cheaper to buy.

Is it possible for a few gifted geeks to build a PVR that is functionally better than a TiVo or an SA8000 (Scientific Atlanta’s cable set-top box with a PVR built it)?  Of course it is.  Should that worry the TV industry?  No.  Is it possible for the average, motivated DIY-guy to build one?  Yes, but it’s not practical.  You still need to spend way more on the system than it’s worth.  Will it soon be possible to get one of these devices pre-built, cheap and easy?  You bet!  In fact, most of what makes the device dangerous to the TV industry is software, not hardware.  Its only a matter of time before you can buy an off the shelf computer with a set-top form factor, download a Napster- or Limewire-like software package and live in a free TV world.

So the conversation has to turn to why.  Why do people want free TV?  Is is because TV is too expensive?  Yes.  Is it because the current commercial structure is so emotionally unsatisfying that people will do anything to skip commercials? Yes.  Is it that programming mostly sucks and individuals who can take control of their viewing experiences will take control? Yes.  In fact, is there any possible reason that someone who could change the way they consume television wouldn’t change it? No.

So, the problem really isn’t the technology.  The problem is that the TV industry has been enjoying a technological monopoly for so long that it has forgotten how to serve its customers.  How quickly will the industry learn that the past decades of research never, ever asked the most important question: If you could watch this show at your convenience, on any device, anywhere you are at anytime, would you still watch the show?

This particular media advancement is the true definition of Advanced Media.  The solution for the television industry is explosively complicated in practice, but in principle it’s easy: improve the customer experience and clarify the consumer value proposition to keep your customers.

Anyone who has ever created a promo for television will tell you that people don’t watch networks, they watch shows.  For the past 50 years or so a good promo contained three things.  The show title, time  and channel location.  In a virtual world where time and location cease to exist, the show title simply might not be enough.  And, with a generation of viewers getting ready to break out of television technology prison, the industry needs to understand that the desire for freedom is not a myth!