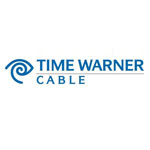 Just in case you missed this while traveling on Friday, here’s the CNN.com version of what’s going on at TWC:  NEW YORK (CNN/Money) – Three senior executives are leaving Time Warner Cable, the company said Friday, as it seeks to bring day-to-day operations and its marketing functions under a single leader.

The shakeup comes just weeks before Time Warner Cable, a division of Time Warner (up $0.11 to $18.79), is set to bid for the assets of Adelphia Communications, the country’s fifth-largest cable operator now in bankruptcy.

The company, however, said the management changes had been in the works for months and were unrelated to the looming Adelphia bid.

In an internal memo obtained by Reuters, Time Warner Cable plans to combine the roles of president and COO. Baxter and Billock have both agreed to take early retirement one year before their contracts expire, the memo said, according to Reuters.

“These changes have nothing to do with the Adelphia bid,” Keith Cocozza, a Time Warner Cable spokesman, told Reuters. The company said it was immediately seeking a replacement internally and externally.

Billock joined Time Warner Cable in October 2001 from cable network HBO and helped build up an array of services, from on-demand programming to personal video recorders. He will stay with the company until the new President and COO is selected, according to the memo. Baxter’s departure is set for March 1.

Ellis, who has been with the company since October 2002, plans to step down on March 1 to pursue nonprofit and other endeavors, the memo said.

Adelphia has set a bid deadline for the end of January. The No. 5 U.S. cable operator could fetch up to $20 billion through a sale, and is simultaneously working through a reorganization under bankruptcy protection. Time Warner is expected to make a bid by the end of this month for Adelphia Communications.

But Richard Greenfield, an analyst at Fulcrum Global Partners, wrote in a note on Friday that the absence of replacements “would appear to make an Adelphia transaction riskier.”

“Time Warner is heading into the Adelphia acquisition with bids due in two weeks with no COO and no CMO,” Greenfield wrote.

Greenfield noted that cable provider Comcast Corp. which may join Time Warner Cable in an Adelphia bid but would ultimately control separate segments of the cable operations in such a deal, already has a strong COO in place.

“We reiterate our view that Time Warner should walk away from the Adelphia auction,” Greenfield added.

Shares of Time Warner Inc. traded 11 cents higher at $18.79 at the end of trading on the New York Stock Exchange.