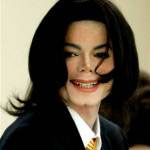 Tweet Article Share Article on Facebook Email Article Share Article on LinkedIn
The power of television is sometimes described as, “… man enthralled with his own image.” The incredible popularity of voyeuristic television seems to bear this out. Now, mix in a little Shadenfraude and you’ve got a perfect recipe for big ratings … so hope the executives at E! Entertainment Television.

There are no cameras allowed at Michael Jackson’s trial, E! and BSkyB are teaming up to produce, “The Michael Jackson Trial” – a reenactment of the trial using transcripts and look-alike actors. The half-hour show will air daily and be about one day behind the actual events.

E! did a version of this for the O.J. Civil Trial and, according to E! topper, Ted Harbert, it gave the network much needed ratings.

How you feel about this kind of television is obviously personal. The immediacy of the production is really the only creepy part. Are you watching a fake trial or an historical reenactment? Are they bringing you into the Court Room or sensationalizing an already sensational event? Can the highlights of a day in court be cut down to a meaningful half-hour that doesn’t have an editorial point of view?