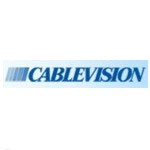 The NY Post Reports: In a rare blow for Cablevision patriarch Chuck Dolan, the company announced last night that it had entered a deal to sell its Voom satellite business to Charlie Ergen’s EchoStar for $200 million.

Voom — part of Cablevision’s Rainbow Media unit — had been Dolan’s pet project, but twice in recent months he was dissed by the board of directors and his own son, CEO Jimmy Dolan, after he sought to continue funding the venture.

Talk about spaced out?  This didn’t take long at all.  Several very nervous insiders were quietly starting to send their resumes around yesterday.  Said one, “I don’t think I’ll wait for the next memo.”