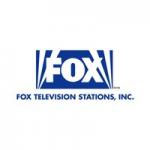 The NY Times reports a dispute between the country’s two biggest beer brewers has a brand-new battlefield – the Super Bowl. Late last week, with football fans by the millions gearing up for the big game, Fox Broadcasting decided not to put on the air a Miller Brewing Company ad that poked fun at Anheuser-Busch’s plans for a new light beer.

A spokesman for Fox refused to comment beyond a statement issued Friday by the network, in which it said that it had “made a decision not to accept specific ads from Miller on Super Bowl Sunday that we consider to portray Anheuser-Busch products, the largest single supporter of the day’s programming, in a negative way.”

Miller’s ad had been scheduled to run during the pregame period, not the Super Bowl itself. Anheuser is the sole beer sponsor of the game.

“We appreciate Miller’s desire to advertise with us and would willingly accept other ads for Miller products,” Jon Nesvig, president of advertising sales for Fox, said in the statement. He added, “The decision was made to reject these specific ads based on the degree of spending Anheuser-Busch has achieved in support of Fox and the Super Bowl.”

You can draw your own conclusions.