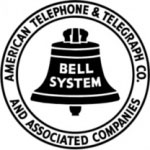 Linda Moss of Multichannel News reports: “Regional phone companies planning video services will be forced to pay cash to carry local broadcast-TV stations — which will initially put them at a competitive disadvantage to cable, but will ultimately cause problems for MSOs, a Wall Street analyst said Monday.”

Add this to the upcoming FCC vote (Scheduled for Feb. 10, 2005) regarding must carry for local broadcasters and you’ve got yourself a party.  Michael Powell has finally made a decision.  On his way out the door, he plans to force a vote on a subject that has be passionately debated for years: Will cable companies have to carry one digital signal from local broadcasters or all of the digital signals from the station?

The RBOC’s (Regional Bell Operating Companies) have to pay to carry local broadcasts, cable won’t – but they collect money to offer the basic service?  On the other hand, the cable guys won’t have to carry the complete package, only the main channel?  Confused – so is everyone else!

According to those who would know, the FCC is going to come down on the side of the cable industry.

So where does this leave television viewers?  Just how will these new regulations effect our media bills? (I say media, because you will be getting your content from Telephone Companies, Cable Companies, Broadcasters, Satellite and Broadband, to name a few.) I think we will have to wait for the dust to settle and then watch a close-up demonstration of the “law of unintended consequences” play out before we can even attempt to answer the question.  No matter what the FCC decides, you can be sure of one thing – the outcome will materially change the economics of the business and, more importantly, change the way you watch television.