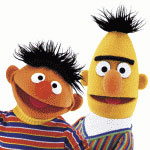 A wonderful comment from Paul Marcum, VP/GM Interactive Media Group at Sesame Workshop:  Hey Shelly! You missed at least one V Cast killer app — programming that doesn’t need to be hi-res, is easily differentiated, completely enjoyable in short form, whose content can be location/context sensitive (numbers at the bank, letters at the mall, healthy food at the grocery) and which appeals strongly to two separate demographics — of course, I’m talking about Sesame Street!

As soon as wireless became a video platform it became a wonderful platform for Sesame Street.  It’s the one screen that mom & dad (and other caregivers) will carry with them (and be able to pass back to their kids) at all times.  Having Elmo, Cookie, Grover and the rest of their friends stream in with a quick song or skit is a great way to transform time spent sitting in the car, store or doctor’s waiting room into education and fun.  With runtimes in the 2 – 5 minute range and playback of 15 frames per second, segments from Sesame Street can be enjoyed unedited and with a very high level of fidelity to the original broadcast — we think the quality perhaps even exceeds early adopters’ expectations.

So while, yes, programming for mobile hasn’t even begun to evolve yet, we think we have found content parents and kids will want to tune-in today.  Oh, as for the other demographic, we don’t just see it as a “pass back” app for young children — we suspect that there might be some older kids in their teens, twenties and thirties likely to get a kick out of spending a couple of minutes singing along with Oscar to “I Love Trash,” watching Bert do “the Pigeon” or catching the latest installment of this season’s “Desperate Houseplants” feature.