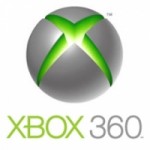 As reported by Ben Berkowitz: SAN FRANCISCO (Reuters) – Microsoft Corp.on Wednesday gave some of the first key details on the next generation of its Xbox video game system, which will include an emphasis on high-definition content, an integrated media browser and “microtransactions” for in-game purchases.

In a speech at the Game Developers Conference here, J Allard, the Microsoft executive overseeing the software development tools for the new Xbox, said the new streamlined interface would help draw more users to the platform.

“We’ve got to create a consistent experience so that consumers can enter our worlds much more easily,” he told a packed convention center audience. “If we want to get to 10 or 20 million subscribers we’ve got to create some consistency.”

Microsoft is expected to release the new Xbox in time for the 2005 holidays, but the company has kept mum so far on both timing and the name of the new device.

Among the features Allard demonstrated was an on-screen “Gamer Card” that gives information other players can see on a gamer’s location, achievements in various games, time playing specific games and level of skill.

Other features include a custom music player and a “store” where players could make small purchases, for pennies or a few dollars, of new characters, parts for virtual racing cars and the like.

The theme of Allard’s speech was the “HD Era,” which he described as a time when all games are in high-definition, players are constantly connected through mobile phones, instant messaging and the Internet and gamers can personalize their environments to suit their tastes.

“The HD consumer needs more than a hi-definition Super Bowl,” Allard said. “The opportunity is real and now, but make no mistake we have the power to blow it.