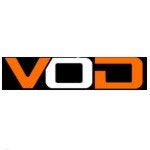 A recent article on Techweb.com reports:

The article goes on to summarize the most obvious reasons why a telco would want or need to get into the video distribution business.  It all sounds great!  But, how many households have a 10 megabit or better connections to their local telco?  And, assuming that fibre-to-the-home or curb is “job one,” how long will it take and how much will it cost to deploy?

It that doesn’t make you stop and think, spice up your future of telco fantasy with the daunting issues relating to the licensing, transmission and re-transmission of content.  Throw in union and guild payments and you have a formidable recipe for a pipe dream!

You may think, from reading this, that I am down on the concept of IPTV.  You’d be absolutely wrong!  I think that IPTV is the most probable future of television.  It (and other switched delivery technologies) are the next logical step for telcos, cable operators, consumers, everyone!  I just think that the hype machine is in full gear and that people schooled-in-the-art owe it to the industry not to make outlandish predictions about trends and revenue.

TV, VOD and game delivery over IP is not fantasy, it is just a few years away – but, they are not printing any more money at the mint just yet – and, as far as I can tell, we are not expecting a huge increase in the number of US households.  Which means, IPTV or any future distribution system will have to live in a “zero sum” world with the rest of us.  So which technology or platform will disappear to make room for this new topline revenue?  We’ll, you don’t hear as much Morse Code as you used to.

PreviousA Fight Over The Broadcast Flag NextOrphan Works - the Copyright Office Needs You!