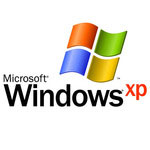 The new products, Windows XP Professional x64 and Windows Server 2003 x64, will cost the same as their 32-bit counterparts, and are designed to run software written for computers with such processors as well as programs written for older chips.

They’ll produce the biggest performance gains in 64-bit systems with more than 4 gigabytes of memory. Most PCs today ship with 512 megabytes or less of random access memory, or RAM, and 4 GB is the upper limit for 32-bit systems. By comparison, the 64-bit desktop OS will initially support 128 gigabytes of RAM.

The Linux guys have been all over this for quite a while proving, once again, that competition is the only thing that drives the technology market!