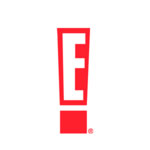 There’s a fascinating article on medialifemagazine.com about E! Entertainment television and how its audience is in a ratings free-fall.  It is interesting reading and Keven Downey’s assessment of their problems is thoughtful.  However, the article is actually pointing a large, bold arrow at a paradigm shift more than describing E!’s problem.

E! informs, enlightens and entertains about 300,000 viewers each day.  At cable’s average $9 CPMs this is not a particularly profitable situation.  Now, it’s true that E! produces most of its own material.  And, for the most part, creates “disposable” television. (I mean that in the technical sense, not the pejorative sense.)  So, making the programs more cheaply is probably not an option.  The only way for E! to make more money is to get more viewers, right?

Well, no … not right.  E! may be a very good example of a cable play that needs to be a content play.  E! is going to try to broaden its base and appeal to a larger audience by abandoning its core “niche” audience and changing its brand message.  OK, most brands wouldn’t do that.  What most brands would do is accept the fact that their core audience could be better served with alternative means of distribution and they would make their product available to as many consumer touch points as possible.

This sounds remarkably like a job for an advanced media overhaul, not a change in brand strategy.  Why not extract more value from the existing audience by measuring it better.  How about two-way narrowcasting to a specific audience that advertisers really want? Instead of selling wasted non-useful eyeballs, they could sell an audience of pre-qualified potential buyers to advertisers who have all but given up on traditional broadcast models.

Does this sound like a fantasy?  It shouldn’t.  All of the technology required to make this possible is fully deployed and available right now.  And aggregating 300,000 viewers each day is more than attainable.

So, how long will it take before cable and TV management truly understands that the form factor is not the product?  There is a new paradigm just around the corner – it’s the age of true multicasting and, if you think about it, it’s already here.