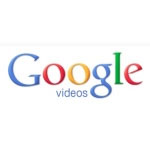 Tweet Article Share Article on Facebook Email Article Share Article on LinkedIn
Gavin O’Malley reports: In an effort to grow and diversify the breadth of its video-search, Google earlier this week invited any and all to upload digital video files–but only non-pornographic and non-obscene ones–to its servers. From there, Google officials confirmed, Web surfers will soon be able to search, preview, play, and download the files along with the rest of Google Video’s offerings. The Google Video beta, which launched in January, presently consists of closed-caption content and metadata culled from broadcast TV. To help index the expected torrent of video submissions, Google will allow content owners to include metadata, captions, and transcripts with their files.

Google is allowing content owners with copyrights to charge a fee for users to play back videos, a small share of which Google will retain to cover costs, a Google spokesman said. Google will accept video files in most common formats: QuickTime, RealVideo, and Windows Media.

Content owners will also be able to add a URL to files to help direct users to their Web sites. Google, said the spokesman, will build taxonomy and indexing, based mostly on XML tags.

Google will provide Web surfers with a free preview to all videos via Google Video, and plans to give content owners some say about the way their video is made available to the public.