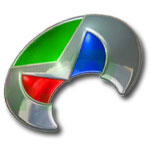 According to people who are in the know, the Supreme Court may be thinking about sending the Grokster case back a lower court as opposed to rendering a decision on the legality of peer-to-peer (P2P) networks in general.  If that occurs, Grokster’s business model will go on trial instead of the much larger issue of illegal file sharing over P2P.  An outcome anywhere in that zone will have the added benefit of allowing the Supreme Court’s 1984 Betamax decision (saying that if a product has substantial uses that don’t infringe on copyright, it’s legal) to stand.

In advanced media as in life, we are blessed with both an opportunity and a challenge.  The challenge is to innovate massive change in the way we protect intellectual property.  As you know, this requires massive legislative change (the job of your elected officials, not the judicial branch of the government).  The opportunity is for the Supreme Court to do something so radical and draconian that it forces the legislature to focus on the issue.  Sadly, I don’t think this is going to happen.

If they overturn the Betamax decision, they will “on paper” stop the march of technological progress.  In practice, you can not put the toothpaste back in the tube! If you understand the culture of the computer industry (I’m being polite), you have to understand the wild child, giddy excitement with which they will approach the “black art” of taking their technology underground.  The market will be more robust than ever and any laws would be all but unenforceable.

That being said, someone, somewhere has to step up and deal with this issue.  Intellectual property is the number one export of the United States and it is a huge profit center for a huge number of individuals and corporations alike.  We need change and this is a true opportunity for a jump start. During the Q&A, Justice Breyer said, “I’ll bet the monks had a fit when Gutenberg made the press.”  Let’s hope there’s more than one champion of change on the bench.