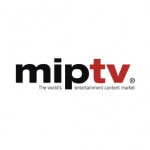 Tweet Article Share Article on Facebook Email Article Share Article on LinkedIn
Here in Cannes the weather is cloudy and there’s an occasional rain drop or two. And that’s about the state of technology here in the minds of the program purveyors here at MIPTV. Although the show is billed as a “digital content market,” the reality is quite different. I’ve heard comments from, “You can watch a show on a computer?” to, “… I don’t think this broadband thing is going to catch on.” As I have said before, we have a lot of work to do. Most of the people here are firmly in the television business – to them, digital content is still sci-fi.

There are some bright spots too. Korea has a stand with the most exciting mobile video devices I have seen to date. The only problem is that the technology requires a separate RF receiver and operates at a frequency that requires an FCC license – all the rage in Korea, not likely to make it to market in the US. There are literally dozens of SMS and MMS-based shows for sale. Most, have exceptionally low production value and probably wouldn’t be suitable for American television. Gambling shows abound as do every version of soft core to XXX shows: sitcoms, action/adventure hours and yes, even dramatic works. I don’t think these shows will be coming to a set near you any time soon.

There is more animation here than I have ever seen at a programming expo. Some of it is truly extraordinary and some of it makes you scratch your head. BTW, in case you were wondering where old television shows go to die … they’re all here.