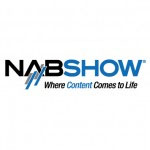 Next, AMC member and presenter extraordinaire, Steve Jacobs of Sony, gave us an overview of the world of HD television production Sony style.  HDV cameras, $16,000 filed production switchers, $75,000 4K HD Theatrical projectors (that take your breath away) and a host of multi-format prosumer to professional video gear that makes you want to leave your credit card number on file!

A short walk found us in the capable hands of Steve Nemecek, Account Manager for Clique Communications www.cliquecom.com.  They do software for Verizon’s Vcast (video on mobile phones) service.  We learned everything you need to know to put your video content on Verizon 3G cell phones.  Clique’s two-way video offering is going to be an important first step in realizing the “Dick Tracy Wrist Radio” meets “Captain Kirk” communications future.

Then, thanks to Peggy Ballard of SA, we spent some quality time with Paul Kosac and Jeff Antoline who showed us Scientific Atlanta’s Retriever system.  It is an application that sits in the cable head end and resides in a very small bit of code on each SA set top box within a cable system.  What it does is nothing short of paradigm shifting – it tells you exactly what the settop box was doing 24/7/365 down to the video frame.  This is like having 15 million people meters installed nationwide.  No, it doesn’t tell you who is in the room or if they are really spending time watching TV.  But it does tell you a great deal about what channels were being tuned in (and out) how channels are surfed and changed and, of course when.  You don’t have to think long or hard about the value (and power) of such a system.

Next, we stopped by the Platform where CEO Ian Blaine gave us an overview of their extraordinary media publishing system.  The platform enables multicasters and content aggregators to maximize the value of their video offerings across formats.  They can also take advantage of the Platform’s platform by cross collateralizing their video assets with other users on the system.  It’s an excellent business model and they have the clients to prove it!

Then we met with Kurt Huang, founder of BitPass an interesting solutions provider which leverages their payment gateway to help broadband streamers limit bandwidth to one per customer.  With their ASP model, you stream your video to a consumer who is validated by their DRM, that consumer can watch your video content on any device they have – but only using one stream.  So, if you are logged in to your office computer and start watching a movie, if you logon to another box in the office the first stream with transfer to the one you are watching and stop sending to the one in your office.  This prevents single users from draining resources by utilizing multiple streams.  And prevents, several users from using the same password for one account.  Good stuff!

Our last stop was VectorMax, where President Thomas Pragias showed us an extraordinary video streaming technology.  A VectorMax stream at 125k looks (subjectively) better than a Windows Media 9 stream at 300k.  And at higher resolutions, the impact is amplified.  This video steaming solution is truly extraordinary and their underlying software creates a complete business solution for any content owner who wants to send the highest quality videos over the smallest amount (and lowest cost) bandwidth.

PreviousThe Other Digital Revenue Stream NextObscure but cool at NAB 2005