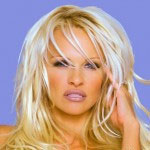 Fox is hoping that Pamela Anderson’s blog will drive viewers to her new star-vehicle, Stacked. Fox is promoting Stacked, which premieres on Wednesday April 13, through Friendster Blogs, a free weblogging service hosted by popular social-networking site Friendster. Along with Anderson, thirty members of Stacked’s cast and crew have created Friendster profiles and blogs, highlighting the show’s behind the scenes actions. The ‘Stacked’ blogs on Friendster are viewable to the public at stacked.friendster.com, while cast profiles are only available to Friendster members.

When you visit this “blog,” you might wonder how it is different from a promotional website.  It looks like an ordinary website … it has fan info, some pictures, a link to her mailing list, etc.  So what makes it a blog.  Well, as far as I can tell, nothing.  Yes, it has the Friendster form factor, so users are semi-tricked into believing that the cast members are Friendster members, but that’s about as far as the trick goes.  After all, they’re busy making a television show and they are not going to be your Friendster buddies.

And so, it begins … the (and I’m making this word up) “spamitization” of blogs.  True blogs, like the one you are reading right now, are written by actual individuals who have something to say.  They come in many flavors, like: personal stories, professional observations, egocasts, trade association news, etc.  The vast majority of blogs are useless crap or so narrow focused as to have only limited audiences. (Whether this blog is useless crap or too narrow focused, I’ll leave up to you.)  But, now — thanks to our friends at Fox, we are to be treated to a new era in blogging – pure, crass, fake, commercial blogs.  Well … it was just a matter of time.