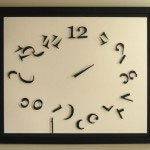 I had the pleasure of attending the OMMA Conference and Expo in San Francisco this week. One of the things that made the event truly interesting was listening to Bob Garfield’s (Advertising Age, Editor-at-Large) Keynote address, “The Chaos Scenario: what happens if the old media/marketing model collapses before the new model is built?” Not only is Mr. Garfield a fantastic public speaker, he had a wonderful way of simply communicating some very complex concepts and technological realities.

Much of what he said is common knowledge to people who are schooled-in-the-art. However, I had a bit of an issue with his premise that the old model may collapse before the new model is built. And, I’m pretty sure that one of his thought-provoking predictions about the upcoming cataclysm that will divide classes in our country by the sociological and technological impact of broadband penetration probably isn’t exactly right either.

Bob’s chaos question makes the assumption that someone gets to build the new model. Not likely. Business models evolve like ecosystems, and no matter how they are designed; they will metamorphose into whatever they need to be to survive. Lifeforms that survive do so by evolving evolutionary stable strategies – they are not “designed” or “built,” they evolve. On a macro level, they look stable. However, if you get out your microscope, every ecosystem in the known universe is always in a chaotic state. It’s not a scenario; it is the way of all things.

Need a non-business example. Take a look at the most bucolic vista you can find — a pastoral scene with rolling green hills and a lush beautiful landscape. Now, get in really close and you will find literally trillions of organisms fighting for survival. Tipping points do occur but sans total destruction, the systems’ self-regulate. And, yes, things do go extinct — anyone have a film-based computer-photo-typesetting machine they’re not using?

All we can really say about the current technological transition is that there are going to be winners and losers (if you are keeping score) and, more importantly, a significant redistribution of wealth. My money is on the law of unintended consequences, not Chaos theory. The X-factors are people and big money. When human beings and large stores of economic value are in play, any prediction about how and when the paradigm will shift will just be wrong. Yes, there are only a few big players, but there are hundreds of millions of people using media in as many different ways – the transition will be painful, but seamless.

Now, about the concept that broadband penetration will cause a sociological divide as measurable media metrics allow marketers to concentrate their efforts on the wins they can count while ignoring the half of America that doesn’t have high-speed access … No.

Bandwidth is a commodity and it is going to become less and less expensive as time goes on. Mobile devices, not personal computers, are already the computer of choice for the vast majority of computer-illiterate Americans and these devices are practically (and literally) given away. The downward price pressure on distribution networks is almost unbearable. Pretty much anyone who is interested in being part of the “digital experience” can afford to get in the game. To be sure, there are (and will be) other socio-economic forces that cause dramatic class distinctions, but the exclusivity of media penetration is not on the list.

Rant being over, I have to tell you that Bob is one of the most informed, smartest people speaking about the space. If you have a chance to read his work or hear him present, you should not miss it.