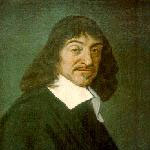 Descartes was pretty sure that even the greatest of evil powers could not persuade him that he existed if he didn’t: cogito ergo sum, “I think, therefore I am.” Not too many people are concerned with proving that they exist today, not even philosophers. The science fiction cliché of the “brain in the jar” is well understood to be exactly what we are – at least in the technical sense. Only our jar is alive.

What does that mean? Fire might be alive. After all, it breathes oxygen, it eats wood and it reproduces. What defines life? What defines consciousness? And, what defines creativity? There’s plenty of reading material on the subject so I won’t try to answer these questions here – but let’s think of another entity that might be alive and ask a science fact question (even though my brain definitely came from the jar marked “Abi-something” in Mel Brooks 1974 classic, Young Frankenstein): When will the Internet achieve consciousness?

I’m serious. Computer viruses are everywhere. There are benevolent ones like web-crawlers and spiders that help you search. There are malevolent ones like worms that eat your hard drives or worse. How hard will it be for some mathlete (who got into Dartmouth early decision at age 14) to come up with a computer virus that enables every infected processor to become part of a gigantic networked brain. Imagine SETI on steroids or a P2P network that self-assembles instead of asking you to download it.

If a mass, viral propagation of the algorithm is not out of the realm of reality and the creation of the little piece of code is just a matter of time – how long will it be before the Internet achieves consciousness? What will its personality be like? Will we understand it as a conscious life form when it is born? Will we have the ability to communicate with it?

There have been a bunch of sci-fi thrillers (some not so thrilling) on the subject. There’s Colossus, War Games, the famous episode of Star Trek TOS where Kirk asks: “I’m curious, Doctor, why is it called the M5?” Dr. Daystrom replys: “Well you see, M1 to M4 were not entirely successful” — and, the Star Trek movie version with VGER. But … all of these computers were individuals. What made them science fiction was the reality that, at least in our physics, we can’t get that much computer power into any one thing.

We don’t have to build the Internet, it’s evolving all by itself. People add to it every day. It’s getting bigger and more powerful and it is learning more and more as you read this.

I’ll start on the screen play now. But I’d like each of you (under a Lawrence Lessig Creative Commons license) to send me your ideas about how and when this is going to happen because … it is going to happen – and probably in our lifetimes.