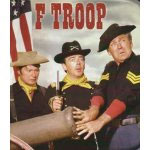 Growing up in the 70s on Long Island, I had a pretty set after-school routine. Throw my coat over the living room railing, throw my books on the kitchen counter, grab a soda and a big bag of chips or cookies and throw myself on the couch in front of the television set. Most afternoons included F-Troop, The Munsters, I Dream of Jeanie, Batman, The Beverly Hillbillies and of course, The Addams Family. Most people who know me, blame my ADHD personality of the amount of TV I watched as a kid. I’m sure they’re right.

Back then, I knew that Channel 11 (WPIX-TV) and Channel 5 (WNEW-TV, now WNYW-TV) were “my” channels – especially from 3pm to 7pm on weekdays. Saturday afternoons belonged to ABC’s Wide World of Sports, but I’m getting ahead of myself. Back then we enjoyed a 25 channel universe, but all the cool stuff (from my point of view) was happening on two or three channels. This is a very old story and everyone in the business knows this, so what’s the point?

Well, as it turns out, the advertisers who supported those shows knew a great deal about me. In fact, they knew that I wanted a Johnny 7 OMA, they knew exactly which Hotwheels cars I was going to need and they knew exactly how important Fritos were to an adolescent living in suburban New York in the 70s. I was part of the Pepsi Generation — Commin’ at ya … Goin’ Strong!

I couldn’t talk back to the television set (if I did, I certainly was not expecting a response), but it could and did talk to me. The box held my attention, I watched the commercials that interested me, and ignored the ones for Barbie and Easy Bake Ovens. They weren’t really meant for me anyway. Let’s fast forward 30 years to this week’s announcement about Apple iTunes and the very probable future of Apple introducing a family of Video iPods. Imagine a video experience that works with playlists and podcasting schemas that are in tune with your behaviors, wants, needs and desires. This will be a completely personal video experience unlike anything we have ever experienced before … or will it?

The deep, dark, dirty little secret is that most of the big brands can’t even begin to plan media campaigns around individuals. The optimization programs just don’t exist. In fact, most media optimization programs are totally quantitative and don’t really look at the creative or qualitative element in the optimization algorithms. What they actually do is look at populations and predict, as best they can, where you will be at a given time and what the likelihood of selling you something will be. That’s how media is planned and purchased and that process is not going to change overnight, it will evolve over time.

So, how personal is personalization? How important is two-way communication? What is the compelling reason to get granular and, if you can, what should you get granular about? These are just a few of the questions that we, as in industry, need to answer and we’d better do it soon. I’m pretty sure that my teenage, weekday afternoon playlist is going to hit my iPod before you can say, “Tish … I love when you speak French!”