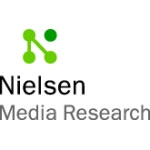 LET’S PLAY PRETEND FOR A minute. On the count of three, you will know everything there is to know about the viewing habits of your most coveted television audience: what they watch, when they watch, who’s in the room, how long … everything. In fact, since we are pretending, in this fantasy we’re even going to know how the spots affected lift, purchase intent, and brand awareness. Taken a step further, we’re going to know what non-television media they chose to spend time with and every metric associated with those behaviors as well. In our fantasy we have created a media version of Pandora’s Box. As you recall, Pandora’s husband, the titan Epimetheus (“hindsight”), told Pandora never to open the box she had received from Zeus. However, one day, Pandora’s curiosity got the better of her and she opened it, releasing all the misfortunes of mankind (plague, sorrow, poverty, crime, etc.). Once opened, she shut it in time to keep one thing in the box: hope. The world remained extremely bleak for an unspecified interval, until Pandora “chanced” to revisit the box again, at which point hope fluttered out. Thus, mankind always has hope in times of evil, but hope has a great deal of catching up to do.
There’s nothing like a good creation myth to get you thinking about advanced media measurement, I always say.

Concurrent just acquired Everstream, a company whose current products monitor and analyze operations and performance data from millions of digitally enabled subscribers for real-time analytics, historical reporting, and on-demand advertising. Scientific Atlanta has their Retriever system which measures everything their digital cable boxes do and Nielsen just signed a non-exclusive deal with Anystream to increase the efficacy of video on demand measurement. Soon, the box will be full, but should we open it?

Just how many 30-second spots will I want to pay $36 cost per thousands for when I find out exactly how many people actually watch them? How about the fact that an individual eyeball watching Bravo is worth only about one-third of the price of the same eyeball watching NBC? Would the lack of audience create scarcity and drive spot prices up? What kind of bargains would a cable operator drive if they knew, with frame accuracy, how many people actually watched YES or even ESPN? Would product placement be worth more on HBO than on CBS? Is it possible that nobody ever bought a Buick after watching the Buick Open on CBS?

The lingua franca of the television media business is Nielsen Ratings, but if the box is opened, that will immediately change. Good, bad, or indifferent, a common currency and common unit sizes make intelligent negotiations possible. How will the world of media look when every buy has a census-based, quantitative measurement attached to it?

Brand managers and execs everywhere seem to be pushing for this brave new world of real numbers. Sometime in the very near future, they may get their wish. The moral of Pandora’s Box is usually interpreted as “curiosity killed the cat.” I don’t think the situation is that dramatic, but … once opened … the contents that spill out of this box will certainly alter the fortunes of mediakind.

PreviousThe Age of Egocasting NextOnline Customer Service and Other Oxymora