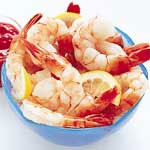 ACCURATE HOROSCOPES, AIRLINE FOOD, PRETTY ugly, jumbo shrimp, vegetarian meatball, false fact, online customer service… are you detecting a pattern here? Is there such a thing as online customer service? I assume there is, but it is becoming harder and harder to find. There is a new generation of Web-based businesses that feature incredibly low-priced ASP (application service provider) models for programming services, add-ins, e-mail, metrics, or other programming aids. Can we excuse bad customer service from low-end providers and low-profit businesses? Perhaps the free market will take care of it.

What is Apple’s excuse? Have you ever tried to get a credit for a missing gift certificate? Or, better yet, tried to get them to resend it? Ever tried to call Amazon.com? How about getting eBay to help you with a seller who didn’t send the merchandise, won’t refund your money, and then becomes an unregistered user? Do you have some PayPal stories to tell me? Low priced or high – online businesses now rely very heavily on online customer service – or, the persistent ambivalence that passes for it.

Obviously, not all online businesses suffer (or make us suffer) from this malady. But there are notable big names that just torture you when you need something. There are those who wear you down hoping that you’ll give up, and then there are some who try the best they can, but simply can’t afford the real thing.

Just the other day, I ordered a trial version of a Web-programming aid from a small company that showed up very high in a Google search. They had an ASP calendar product that looked like it might solve a very specific programming problem I had for one of my clients. In fact, they were so sure that I would like this product that the company offered a free, 14-day trial, no credit card required. Who could resist?

I filled in all of the appropriate forms and found myself logged in to the system. Two minutes later I was ready to generate my code. A quick cut and paste into my project and… nothing! It didn’t work. No problem, I must have done something wrong. Three more tries – same result. Okay, the company provided a very user friendly trouble ticket system. This meant filling out another form, but I really wanted this program to work. Two hours later I received an e-mail response that said, and I quote: “It looks like you have a typo in the code you pasted. Please try pasting it again.” That was the entire message. Not a word more.

Now, I’m pretty sure the person who sent me this message was right. There must be a typo in there somewhere, but I was cutting and pasting their code. Obviously, their system generated the typo. So, I wrote back and asked if they might want to tell me what the typo was.

A couple of hours later I received this gem via e-mail,” No hard feelings, but at my rates of less than $4 per month, I go bankrupt awfully quick if I have to hold a customer’s hand because they don’t follow simple directions. It’s better they waste my competitor’s time instead. I have considered raising my rates, but I think it would be unfair to those that don’t need help. That said, if there is a bug, I get to it and fix it right away usually within the same day.”

This blew me away, but I was now committed to the idea that I was right. So, I wrote back and told them I was pretty sure I found a bug. I received the following missive: “My sincerest apologies. I get a lot of newbies that have problems copying and pasting code and I mistakenly lumped you in with them. Yes, the problem was on my end and it is fixed now.”

As far as I can tell, this is a happy ending. After all, I got the problem fixed. The code now works, my client is happy with his $4 per month ASP, and all is right with the world. But it was like pulling teeth: two forms, three e-mails, and a day and a half to point out a bug that anyone using the product would have spotted? At best, this was a qualified success.

As our ASP friend here clearly demonstrated, customer service is a reflection of management. He proved that you don’t have to be big to suck at customer service – you just have to think small. We can blame high personnel costs for the migration of certain customer service jobs overseas, but that’s far from the root of the problem.

Is there an almost exactly, new classic way to accurately estimate the acute apathy of online customer service managers?

It would be awfully good to be among the first to deal with this friendly argument before Anarchy Rules!

Just for fun, try to find the unique number of oxymora in this column.

PreviousDo You Really Want To Know? NextThe Powers of Nature