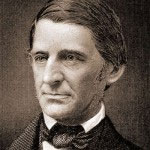 Tweet Article Share Article on Facebook Email Article Share Article on LinkedIn
“If a man can write a better book, preach a better sermon, or make a better mousetrap than his neighbor, though he build his house in the woods, the world will make a beaten path to his door.” This quote is attributed to Ralph Waldo Emerson, an author, philosopher, thinker and Unitarian minister. He was not, however, an inventor or a marketer.

I am at Telecom ’05 in Las Vegas this week, listening to all the telecom industry¹s future plans. As you can well imagine, IPTV (Internet Protocol Television) is the flavor of the month. Everybody has a technology, everybody has software, hardware, middleware, intelligence layers, content partners, billing systems. In fact, there’s only two things missing . . . a customer, and even more importantly, a consumer value proposition that might actually attract one.

Verizon has just launched an IPTV system test in Pennsylvania. Only it’s actually not IPTV, but a 1980s vintage cable system with an IPTV overlay. You can hook the system up to the old “cable ready” analog, NTSC television in the playroom, and for $12.95 per month you can get a bunch of television channels. Pretty much what the cable system offers already, or what you could get off your antenna. Want all of the digital features and the premium channels? No problem, just get out your checkbook and you can (for about the price of cable or satellite) get pretty much the same stuff that you can get from your cable or satellite provider. When asked directly about why a consumer would switch, a high-level Verizon executive (who asked not to be identified) changed the subject.

Unlike Verizon, SBC is deploying real IPTV systems, you know–all digital all the time. Do they have a consumer value proposition? No. Is there a reason to switch to this system?

Both companies (and, in fact, all telcos I asked) talk about bundled services as the unique selling principle of their services. You don’t get a better television system, you don’t get better voice or better data, you just get it all from one source. These companies want to be the only communications and entertainment providers you’ll ever need.

There must be something in the water. What are they thinking? One vendor, one bill–that’s the sales pitch. Let me think. OK, do I want a monster bill for my voice, data, wireless and television services all at once? During which bimonthly pay period do I want it to arrive? Certainly not before the 10th; I’ve got rent to pay. What about the end of the month? Nope.

The QoS (Quality of Service) of your television, wireless phone and data services on separate systems from separate vendors have different ratings. In practice, this is very safe because when one is down, the others will probably work. You may not have TV for a while, but your Internet will work. You may not have telephone service, but your TV and Internet still work and you have a wireless phone, so you’re covered.

How many 9s do you need if everything is on one pipe? On a panel sponsored by ATIS (Alliance for Telecommunications Industry Solutions) yesterday, Bill Smith, chief technical officer of BellSouth Corp., said that “five 9s probably isn’t enough.”

Let’s review: An also-ran product that I can buy from at least two other established companies in my market, a consumer value proposition based upon discounted prices, a quality of service issue that probably cannot be corrected, and one monster bill that average consumers have to deal with all at once. Is this a better mousetrap?

The sad news is that there is an extraordinary opportunity for IPTV to completely change how we view and use television. It is unfortunate that the telcos do not have the vision or foresight to let the technology take consumers where they really want to go.