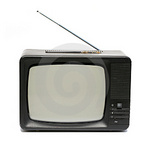 Tweet Article Share Article on Facebook Email Article Share Article on LinkedIn
Last week we lived in a 1,000-channel universe. Since the mid-1980s we have been channel surfing to our hearts’ content, searching for just the right program at just the right time.  We’ve heard critics (old and new) say stuff like: “I’ve got 500 channels, but nothing to watch.”  Hell, even Andy Warhol weighed in on the subject. (“The channels switch, but it’s all television,” he is quoted as saying.)

That was then. This week we began the transition to a one-channel universe, and we’re going to like it much better.  The one channel you are going to watch is “your channel,” and the other channels will soon cease to matter.  In an on-demand video universe, programs become the choices, not channels. The concept of channels ceases to exist (as does the concepts of time, lead-in and lead-out). You will have thousands of choices instead of hundreds, and you will be able to get them when you want them.  Sounds great, doesn’t it?

There’s only one problem.  In order to find what you want, you need to be an “engaged viewer.”  That means that you become your own program director. You also have to become your own video engineer and time manager. In a one-channel universe, you are responsible for picking your programming from a list of programs that may or may not interest you.  (Where branded networks like ESPN, MTV or CNN are known for the type of programming they provide, the programs in the one–channel universe are individual offerings; the burden is on you to pick the right one.)  Then you have to program your viewing environment.  Is it a cable set-top box, a media center computer, a good old-fashioned PC with a broadband connection?  You’re the video engineer; you must do the work.

Will you?  That’s the bet that the networks are making this week as they start to offer prime-time shows through various video on demand services with cable and satellite operators.  They are disintermediating their affiliates, undermining their core programming concepts and freaking out advertisers (their lifeblood) by offering single programs for download or VOD viewing.  Cool!

Personally, I love the concept of a one-channel universe. But, I’m not the consumer.  How will this play in the heartland of America where real consumers want to come home and be informed, enlightened and entertained by their television sets? Only time will tell. Right now, let’s all give kudos, applause and our abject respect to the network executives who had the guts to take this first baby step.  And let’s (as an industry) figure out how to help consumers make this transition with new, exciting search tools that are as entertaining and as fun to use as the programming they help find. If we don’t, we’ll all find ourselves in a million-program universe with nothing to watch!

PreviousWhat If Your Mousetrap Is Actually Worse? NextWho Are The Real Pirates?