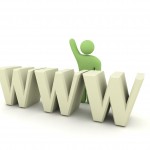 Tweet Article Share Article on Facebook Email Article Share Article on LinkedIn
Some major telcos have started lobbying our elected officials for the right to create a two-tiered Internet, “regular” and “premium.”  You guessed it, not only would the telcos get to charge everyone more for the faster service, they’d also get to deny the faster service to competitors.  Ouch!

As you can imagine, the prospect of a two-tiered Internet with proprietary super-high-speed broadband service has absolutely everyone’s attention. The debate is fierce (at least in the blogosphere). Last month, the House held hearings on a preliminary draft by two Republican Congressmen, Joe Barton of Texas and Fred Upton of Michigan, that would allow the telecom companies to establish premium broadband services.  Much angst has ensued.

Upon first hearing the news, you shake your head, unsurprised–and then wonder just how much money it will cost you. We’re all used to tiered pricing.  It’s usually good, better, best.  We buy everything that way: gas, shampoo, cars, even hamburgers … but, broadband?

I would like to hear from each of you about this subject, and I’d love to start a serious debate on the issues. You can use the forum provided by here on the bottom of this post.  But before you weigh in, let’s ponder a few additional points.

When we make our ordinary purchases, we are happy to accept the idea that manufacturers or service providers are giving us more control by offering flexible pricing.  We don’t always need the very best item in every category. In industries that purvey other tangible goods and services it is not unusual for manufacturers, distributors or retailers to have proprietary systems or technologies that give them an extreme competitive advantage.  Should this be denied to the telecom companies?

And, lastly–Assuming that somehow the tiering schema becomes a reality, won’t it just highly motivate other competitive media organizations to disintermediate the telcos at their earliest opportunity?  If you have about $50 billion, you can build your own, national, wireless, high speed broadband network and just put the telcos out of business. Of course if you did that, you’d need to service a huge debt, so you might want to defend that network by having some proprietary packet-switching to give you a competitive advantage. Hmmm… let the debate begin.

PreviousMaking the Best of a Bad Situation NextI’ve Seen The Future, And It’s Confusing!