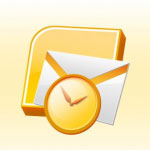 Tweet Article Share Article on Facebook Email Article Share Article on LinkedIn
Outlook didn’t just crash, it crashed and burned.  Nobody I know had ever seen this kind of a problem before.  I called my IT guru and described the problem–dead silence on the other end of the phone.  This was bad, and I knew it was going to get worse. The nuclear option: a low-level hard drive reformat, a total reinstall of Windows XP and Office 2003, plus 18 hours of reloading and updating all of the other programs I use everyday.  Ugh!!!!!  I would have preferred the blue screen of death… at least I wouldn’t have felt so bad if the whole computer blew up.

In a moment of extreme weakness, I decided to call Microsoft Tech Support. In the past, I had considered this kind of phone call a complete waste of time.
The usual scenario was 30 minutes on hold, 15 minutes of “start, run, msconfig” and futile attempts at regedit, ending in the famous last words, “you need to reinstall the program from the original discs.”  This kind of call was always the last act of desperate people.

So, after 30 minutes on hold and 15 minutes of “start, run, msconfig”and futile attempts at regedit–ending in, yep, those famous last words, “you need to reinstall the program from the original discs,” I was bummed and really mad (at Microsoft and at myself) for being stupid enough to call.  Due to a bunch of technical issues, the reinstall was not possible and I was about to format my hard drive when I received an e-mail on my BlackBerry from Microsoft Tech Support.  It was from a supervisor who had “taken ownership” of my case and wanted to know if everything had gone OK. This caught me off guard, so I answered the e-mail with all the gory details and went off to bed.

The next day I had a telephone message.  A Microsoft Installation Specialist called to help me solve the issue.  I called back and was immediately connected to a technician who spent about two hours working on the problem with me.  We had solved 90 percent of the issues when he told me that he had taken me as far as he could and that I needed to speak with an Outlook specialist.

My next call was the most amazing of all.  Not only did was I connected immediately, the tech on the other end of the telephone was the most knowledgeable person I’ve ever spoken to about Outlook.  While we were tweaking and updating the software, he answered every question I could think to ask.  It was like a master class in Outlook.

I received no fewer than five e-mails during this two-day process, each making sure that everything was going all right.  These e-mails included return addresses from real people who had real names. They answered my e-mails, and they were unbelievably helpful, courteous and respectful of my time.

In the past, I have been the first one to join any Microsoft-bashing party.
It’s fun to make fun of the “evil empire”–and very often they deserve it.
However, I also think it’s important to give credit where credit is due.  I’m not sure that I have ever run across a better example of “best practices”
customer service in the software industry. Kudos to the Microsoft Office Support Team.  They truly made the best of a bad situation!