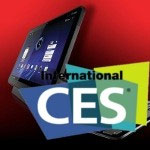 Amir Ramin, originally from Persia (the country we know as Iran) has been in the U.S. for over 22 years.  A middle-aged man, he lives alone in Queens, NY. He does not have cable television.  In his mind, it’s not worth “the $14 per month extra” he’d have to pay. (I didn’t have the heart to tell him that he could easily spend 10 times that amount for cable in Queens.)  He has never seen a premium cable channel and does not know what they are.  He likes older shows better than the newer ones and mostly prefers sitcoms.  His favorite show of all time (I swear this is true) is “Taxi.”  He also loves “Seinfeld,” “Friends,” and “Three’s Company.” Since he works nights, he does not watch prime-time television. Amir also told me that he likes shows that have a beginning, middle and ending–“a half hour–all done!”–as opposed to serials or soap operas that force you to tune in next time to complete the story.

For technology, he has a Dell Laptop running Windows 98 (which he thinks he bought new two years ago) and uses AOL with a dial-up connection to access the Internet.  There’s something wrong with his computer and he has not been able to get an e-mail for about three months. Since he has not had time to bring the laptop over to his friend’s house (a computer expert who could “repair” it), he goes to the library and uses the computer there about once a week.

When will he get broadband? Never. “Why would I pay the money… How much it cost?” He doesn’t see why anyone would ever need to get e-mail more than once a week and can’t imagine how a faster connection would help him.

He has a cell phone from Verizon. It’s four-years-old, and he sees no reason to get a new one.  The one he has works just fine.  His cell  phone plan?
He doesn’t know which it is, only that it’s about $50 a month.

At CES, I saw so much new technology I didn’t know what to do with myself.
The new ESPN cell phone (Wow!!!!), Sony’s new HDTV monitors (Double wow!!!), Sony’s latest generation of Location Free TV, Samsung’s anti-glare flat panels, LG’s new HDTV sets with 160GB hard drives and their own EPGs, Ruckus Wireless’s new access points that allow true HDTV viewing over WiFi, new wireless USB devices at the WiMedia Alliance that allow 480 Mbps transfer rates within 3 meters. Meanwhile, this guy is rolling around the city, happy as a clam, using stone axes and bearskins.

But, truth be told, Amir has all the technology he needs: Internet access, cell phone and television. And, more importantly, he does not feel left out of the digital world. Perhaps there’s a lesson here. Amir’s overwhelming objections to getting more advanced technologies probably echo those of many
consumers: value.  Here’s a man who makes a living a few dollars at a time, and he is the ultimate arbiter of the value of those hard-earned dollars.
So, to put it in perspective, there was lots of cool, new, improved technology at CES this year– just nothing that Amir Ramin will ever feel he needs to purchase.