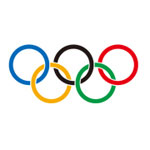 Tweet Article Share Article on Facebook Email Article Share Article on LinkedIn
Much has been written the last two weeks about why television ratings for NBC ‘ s Winter Olympic coverage have been so awful. One media executive, who asked not to be identified, opined that since there is not enough inventory to use for make-goods, he expects to see NBC giving cash back to undeserved advertisers. Cash back!!! That sounds like a business nightmare for NBC, so it might be worth thinking about just why they lost so many viewers as the games progressed.

One of the most obvious answers, if not the most obvious, is lack of honesty in NBC ‘ s coverage. Let me explain. Freestyle mogul skiing is an incredibly exciting sport. My sons are both nationally ranked competitors and our family has been very involved in the United States Ski Association freestyle skiing competition circuit for many years. Not only are we fans, we know many of the athletes and our group was very psyched to see  “our little sport” in the Olympics.

Up skiing this weekend, everyone was talking about how terrible the television coverage of the event was. People already knew the results from the Internet, and when they saw the first few runs, a significant number of them switched channels to watch other programs. For a true freestyle skiing fan, NBC’s video was all but unwatchable. I took a chair lift up with former Olympic Ski Coach, Diana “Dee” Williams (the most positive person on Earth) and even she was lamenting about the horrible coverage.  This was also true with its snowboard halfpipe and boarder-cross coverage. The commentators did not bring the competition to life, and the direction and production did nothing to help them.

Video is a very big part of freestyle and extreme sporting events. After all, what good is doing the greatest D-Spin 720 of all time if you can’t show it to your friends on video? The overhead shots of the mogul course made it look like the competitors were skiing on small, flat bumps. Believe me, they weren’t. The side angle traveling shots failed to show the amplitude of the airs. The runs were cut so that the viewer could not tell how fast the competitors were going and worst of all, when they did shoot the airs from the correct angle, they showed them close up in super-slow motion so nobody could tell anything about them. Ugh!

Want to see what the cover shot of Dale Begg-Smith’s winning Olympic run should have looked like?  You need to go to a French Canadian website http://www.skidebosses.com/2006/jo/joh.htm

As with all event coverage, the audience falls into three groups: fans, non-fans and undecided. When you don’t cover an event for the true core audience, here’s what happens. The fans hate it, the non-fans hate it and the undecided ignore it. There’s simply no one left to watch! Had NBC taken the time to study great video of freestyle mogul meets, there would have been a different result–the fans would have loved it, the non-fans would have hated it and some of the undecided group would have hung around to see what all of the excitement was about. A show that attracts an enthusiastic core audience always brings some ambivalent fence-sitters over to the fan side–everyone is a football fan on Super Bowl Sunday.

I can’t speak for the curling competition or ice dancing, but if they were as emotionally unsatisfying for their core audience as the freestyle skiing events were for its core audience, the dismal ratings make perfect sense.

Call it production honesty, respect for your core or anything else that communicates the idea, but when it comes to television or any type of presentation, satisfying your core is key. It’s the old adage, “If you don’t take care of your customers … Someone else will!”