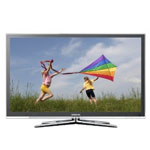 Tweet Article Share Article on Facebook Email Article Share Article on LinkedIn
JUST BEFORE THE OPENING CEREMONIES of the Winter Olympics in Turin, Brian Williams spent a moment touting a remarkable technological achievement: NBC would broadcast its coverage of the games in HDTV. Williams went on to espouse the virtues of high-definition: 16×9 aspect ratio, richer, fuller colors–the whole sales pitch. I was very excited. After all, my cable operator does not offer very many channels in HD. I loved watching the Super Bowl in HD, and the Olympics could be just as wonderful in that format.

NBC’s aerial shots of the Alps were absolutely breathtaking–and each shot of the town of Turin could literally have been turned into a postcard. This really was going to be great, I thought.

Fast forward to the snowboard venue where Shaun White and Danny Kass were demonstrating what world-class, Olympic snowboarding is all about. Forgetting that atrocious camera angles and horrible commentating (which didn’t help my mood), the actual picture looked terrible! The 1080s were strobing, the air-to-fakey’s were tearing. I could not believe what I was seeing. I ran into another room to check the picture on another monitor, and then called some friends. Bottom line: everyone was seeing the same thing.

The problem was obvious; one quick phone call to my uber-geek, techno friends in Italy confirmed what I suspected. The pool cameras at the snowboarding venue were Standard Definition (SD) cameras shooting (European Format) 625 line/50 Hz widescreen format. The images were being up-converted to 1050 line/50 Hz HD , and then converted again to (American Format) 1125 line/60 Hz to be broadcast in the U.S. Ouch. Add to that the 1/250th shutter speed of the cameras and you have a recipe for a techno-mess. The pictures fill up an HDTV screen, but you can hardly call it HD.

Why the long technical explanation? Because if you are going to market something to consumers as a “great new” technology that’s supposed to be worth a huge investment, you ought to deliver the goods. Most of us are non-technical, but we work promoting technology. Would you have created a promotion around a consumer promise your engineering department could not fulfill? Would you have known how to ask about it?

How many people were scratching their heads wondering why the pictures looked so bad? Were they rethinking their next HD purchases? Wasn’t the audience entitled to a simple bug in the lower righthand corner with a symbol that would indicate “upconverted SD?” The audio industry did it when they introduced CDs. Remember the little letters on the CD covers: A for Analog, D for Digital. Record companies (who are not exactly poster children for customer service) wanted consumers to know that they should not blame digital technology if they heard “tape hiss” on a CD, because– if it was so indicated–they were listening to a remastered analog recording. Shouldn’t HDTV broadcasters have to do the same thing? Marketing can only take you so far. At some point, the product has got to fulfill the promise.

The truly sad news is that most people with HDTVs probably didn’t even notice. That’s because (according to a recent study commissioned by Scientific Atlanta) over 56 percent of the 9 millions HDTV sets out there are not properly connected to an HD feed and don’t actually display HD pictures. I guess that’s a marketing problem for another column.