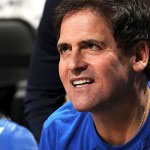 Tweet Article Share Article on Facebook Email Article Share Article on LinkedIn
There aren’t many of us who could call bulls__t on Preston Padden–at least not in front of a room full of press and politicos. However, Mark Cuban, CEO of HDNet and owner of the Dallas Mavericks, did it twice in 10 minutes at the Consumer Electronics Association’s 2006 Entertainment Policy Summit in Washington, D.C. Preston Padden, executive vice president-government relations, The Walt Disney Company, was trying to tell the audience that there had been over six million illegal downloads of Disney’s animated hit movie, “The Incredibles.” Mark wasn’t buying it. “I call bulls__t!” he said, with no small degree of effervescence in his voice. “Maybe if you said ‘Star Wars,’ but ‘The Incredibles’? No way!!!”

If you read Mark’s blog, you know that he has a very cheeky way of getting his point across. And, in this case, his point was spot-on. There is no version of reality where six million files of “The Incredibles” could have been downloaded, file shared or traded over the public Internet in the United States. It’s just not possible.

As we know, file sharing comes in many flavors, but people who do it regularly, do it for basically two reasons. 1) there is no other way to get a file or 2) they have more time than money. Are there six million people who thought that $9.99 (plus a free bottle of Diet Pepsi with the coupon) was too expensive for a DVD? More to the point, are there six million people who would prefer to watch it in Window’s Media Player on their computers, as opposed to on a full screen, full resolution television or on the same computer with DVD player software? Sorry, Preston, Mark called you out.

Now, not to blow smoke, but Mr. Cuban is often quotable, and this particular panel was no exception. Mark said that, in his humble opinion, “obesity was the best copy protection.” I like that wording enough to pirate it, but there were too many people who heard him say it for me to claim authorship. Mark believes that the measly 1.5 Mbps down that most American’s have is just not enough bandwidth to allow any serious piracy of video. He went on to say that, “if everyone in America gets a 100 Mbps connection, then I’m wrong.” Which was nice of him, because that would certainly change things.

But Mark is only partially right on the obesity issue–although it’s true that video files are much, much bigger than audio files. And, while it is also true that there is no really good software/hardware combination for the casual moving of movie files around your personal digital space … these are only temporary technological issues. Apple has .m4p compression that takes a 4.7 Gigabyte DVD and makes a file that is about 800 Megabytes. Yes, the file is still too big to e-mail, but it is small enough to be moved in a timely fashion over a USB 2.0 connection. Pretty soon we will be able to tweak and move video files even more easily than we currently move audio files. (Combine Moore’s Law and Metcalfe’s Law and do the math–hit the “x” key on your calculator twice to get the exponent.)

Back to the present. It should also be noted that while software like Cucusoft’s one-click DVD to iPod Video program takes overnight to rip a DVD and convert it, it’s truly a one- button-click solution. When you wake up the next morning, you have a file ready to drag and drop onto your iPod (or to share).

It is unquestionably true that obesity is currently the best defense. Which begs the question, why did anyone who wanted to prevent piracy let Apple compress their video content at all? A paradox. (800MB files certainly are a lot easier to move today than 4.7GB files are.)

Mainstream video piracy may still be years away. But it is coming, and there’s no way to stop it. In the meantime, there are new business models to be explored and we, as an industry, must figure out where content creators and distributors fit into the emerging value chain. As the saying goes, “the time to sharpen your claws is not when you hear the hunter’s call.” Anybody got any diet pills?

PreviousIn Baseball As In Life NextUtopia–Fiber For Everyone!