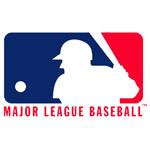 Tweet Article Share Article on Facebook Email Article Share Article on LinkedIn
Major League Baseball Advanced Media is having a little trouble sending video coverage of baseball games to your cell phone. And, according to an article in the New York Post, they may not get it together in time for this season. The technological issues they are facing are interesting, but it’s the sociological issues that should really give us pause.

First, the easy-hard problem: MLB must be able to restrict viewership to specific locations to comply with the local “blackout” provisions of its agreements. Unfortunately, MLBTV’s technology partners have not been able to come up with a workable solution. But they will. This is an easy-hard problem and there are a bunch of very smart people working on it.

Now for the hard-hard problem: Let’s say the engineers solve the technological issues and can tell the nice people at MLB (with a reasonable degree of certainty) that when the Kansas City Royals are playing, you are “not in Kansas anymore.” In order to receive the video feed, you are going to need to a) be connected to a server, b) be authenticated by the software to make sure that you have a valid subscription to the service, and c) have your location checked against the blackout list. Hmmm… that’s a lot of information about who and where you are to be floating around in the ether.

Who will have access to that information? Would local or federal authorities be able to use it? Could you use it as an alibi? Could the stored information be faked, or worse, hacked? Could you be framed? Perhaps I’ve been watching too many episodes of “Law & Order.” But, paranoia aside, would you want someone–anyone, to be able to know where you are when you are watching baseball highlights? It could be as innocent as stopping off at a local bar for a drink (when you were supposed to be working) or it could be as damaging as having a casual database script reveal a pattern to your movements or habits that heretofore had been private.

When you start thinking about the reality of delivering restricted content to mobile devices, the technological issues pale by comparison to the thought of actually living with “big brother.” Are we going to bifurcate into a society of techno-haves and techno-have-nots? (People who are willing to forego privacy to enhance their media experiences versus sane people.) Anyone have a solution? I’d love to hear about it. Remember, just because you are not paranoid, doesn’t mean they’re not after you!