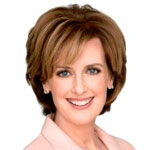 Tweet Article Share Article on Facebook Email Article Share Article on LinkedIn
“On the money, direct, to the point, Anne Sweeney, Co-Chair Disney Media Networks, President Disney-ABC Television Group flawlessly delivered a “let’s do it together” speech at Broadcasting & Cable’s ‘New Distribution Pipelines: Turning TV Content into Revenue’ keynote. What will we do together? Absolutely everything to do with alternative distribution of network content. How? Don’t confuse the issue with details, we’ll just do it together.”

“Why the chorus of “Kumbaya?” Well, for starters, she was addressing a room full of semi-disgruntled ABC affiliates and broadcasters that are, at the very least, confused over the house of mouse’s unilateral decisions to put content usually distributed through their stations directly on the Internet. “Someone’s singing lord, kumbaya” Come on everybody, this is a brand new world, we can make anything happen if we do it together. Right?

I have nothing but respect for Anne Sweeney. And, to tell you the truth, the speech was exactly what she had to say, and exactly what the stations had to hear. But the most important part of her presentation was what she didn’t say. Technology marches on, but alternative business models are illusive at best. Ask anyone at this show about their business strategy for entertainment content online and you’ll get a “we’re figuring it out” kind of answer. Anyone who lived through the dot-gone era knows that answer screams bubble. It’s a big problem

I moderated a panel for the RTNDA@NAB right before Ms. Sweeney’s speech. Towards the end, we were discussing RSS feeds and David Payne, SVP/GM of CNN.com pulled up the Apple Store online and started to show the various offerings from each of the panelists: CNN, CBS, ABC and the New York Times. As he browsed the site, I asked if anyone in the audience noticed that Apple was the branded distributor, CNN and the NYT were brands and CBS and the ABC Network didn’t seem to hold much meaning at the Apple store. After all, we wanted to watch “Desperate Housewives” and “Lost,” not ABC. We didn’t sing “Kumbaya,” but we should have.”

PreviousIf This Is NAB… Where Is Everybody? NextI Have One Word For You… Broadband!