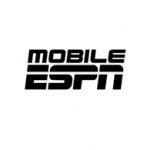 All kidding aside, the massive failure of ESPN Mobile provides a teaching moment for all of us. Let’s review. ESPN Mobile started its life as the best example of a “best practices” user interface. It was (and still is) a thing of beauty. If you are a sports fan, technogeek, or just an aestheticist, there is a visceral pleasure in holding this phone. It just makes you smile.

Even though the handset passed the “cool factor” test with flying colors, there were known technical issues that probably should not have been ignored. The phone was slow because 3G networks were not built to do everything the phone was capable of. The battery life was sub-optimal because the wonderful graphics forced you to keep the brightness turned up on the slightly larger than average screen. And, the service was expensive, which is not really a technical problem, but for my purposes, it falls into the realm of things that could have been changed by ESPN.

If you consider all of the above, you might reach a conclusion that ESPN Mobile was simply ahead of its time, which is why it failed. That’s not a bad hypothesis; most of what I’ve read (or heard from people who would know) might lead you to that conclusion. After all, ESPN Mobile spent $150 million against a plan that called for the acquisition of 200,000+ customers, and the company only reached 15 percent of its initial sales goal.

But I don’t really think that the failure of ESPN Mobile had much to do with the quality of the handset, network capacity or cost of the service. As I see it, there were at least two fundamental flaws in the business plan. The most obvious–there was no customer for this service.

Think about it. If you are a rabid sports fan, a devotee of ESPN, a Sports Center supplicant and an expert on several major sports franchises, you don’t need the service. You can get your sports fix from an SMS Message, a Web site, a phone call, the Internet, radio, a newspaper, the television, word or mouth, carrier pigeon and smoke signals. A dedicated sports phone is not necessary and probably not very useful.

Obviously, if you are a non-fan, you don’t need the service–and if you are a social sports watcher (somewhere near the middle of the continuum), you don’t need the service, either. People do not need to (nor will they) change their behavior to accommodate technology that does not solve an actual problem for them. The service was a parlor trick, a tour de force in programming for a new medium, fun for a few minutes, then ultimately useless. Which brings me to the second more important point.

Everyone in all three target groups already had a phone, so the offering would have to have included all of the services of a “best practices” full-featured cell-phone plan, plus a service that was so meaningful to target customers that they would be willing to pay the upcharge. As we can see from the actual statistics, ESPN could not find anyone to sell these features to.

The overwhelming lesson from ESPN Mobile has more to do with sociology than it does with technology. Features without demonstrable benefits (real or perceived) do not a business make.