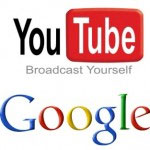 Tweet Article Share Article on Facebook Email Article Share Article on LinkedIn
As you undoubtedly know, Google has purchased YouTube. This is very good news for Google shareholders, YouTube stakeholders and advertisers. However, it is not great news for every other short-form video distribution site on earth. The hyper-efficient integration of video serving and Internet advertiser sales is going to be very, very hard to compete with. That, of course, is the whole point.

Perhaps the most interesting thing about this deal is what it says about the medium itself. There are many different approaches to online video distribution. Steve Jobs has started to sell movies. Others, like Narrowstep, PermissionTV, Maven and The Platform try to provide television-like experiences. Companies like Brightcove, Veoh, Pixpo, Magnify and StimTV offer tools to add video clips to your own sites. But none of these distribution methodologies have captured the imagination of consumers quite like YouTube.

Why? Well, for starters, YouTube (the website) is a hit. You know a hit when you see one, but they are hard to replicate. So let’s not worry about whether or not this is about YouTube’s user experience. I submit that it is not.

Frank Lloyd Wright practically turned functionalist philosophy into a religion when he opined, “Form follows function – that has been misunderstood. Form and function should be one, joined in a spiritual union.” My guess is that we are witnessing a nascent art form born directly from functionalist philosophy. Short form video clips are perfectly suited for a nation of broadband computer users with better-than-average video cards and current technology processing power. Marrying them with some kind of Google-based advertising is going to be a winning combination. It is as close to a sure thing as you are likely to find.

For advertisers, GooTube is simply a gift. The pathway to online video consumers will soon be wrapped in a package that can be bought and sold in a measurable, quantifiable marketplace. The creative units will be dictated by the form factor. And, best of all, there will now be a real business model for contextual video advertising, viral video and good old-fashioned product placement. Branded content will get a new lease on life and, like it or not, there will now be a highly accurate, severely dispassionate way of measuring success!

Is there a business for other types of Internet video distribution? Actually, the jury is still out. Serving video over the public Internet costs money so the industry must think differently about the value of content depending on its length.

The Internet is the only video distribution methodology that actually requires creatives to scale down production value. To save incremental distribution dollars, video clips need to be as short as possible and be encoded at the lowest possible resolution that consumers will accept. And, if you can create the content for as close to free as possible, it is also a big plus.

In a world of high definition cameras and 4k digital intermediates, this is philosophically antithetical to the way most video content is conceived and produced. Although every professional producer tries to reduce the cost of production to the lowest acceptable level, it is rarely at the expense of the production concept. You will not meet a movie producer who is interested in making small, grainy movies that are hard to see. You will not find a storyteller who is interested in limiting the length of character development or story arch in favor of bandwidth savings, unless, of course, you are talking to producers of short-form content for the Internet.

Perhaps the lesson of “GooTube” is that this is the appropriate form factor for the enjoyment of video as a part of a computer user experience. It is not trying to be a television set on your desk; it won’t be a good way to download 90 minute high resolution movies; it won’t even be a good way to watch a continuous stream of end-to-end user-generated content. It will be what it is … $1.65 billion of high powered, valued-added Internet content for computer users everywhere.