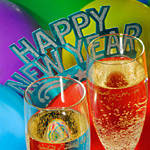 Self Expression:
The big news is that “you” are Time Magazine’s “Person of the Year.” In a stunning stating of the obvious, the editors recognized that 2006 was not only the “year of online video,” but the “year of self-expression.” They, of course, were thinking about user-generated content. We don’t have to do that — that’s truly last year’s news. We have to think about the ubiquitous tools that empower consumers to share their passions with the world. You will no longer be famous for 15 minutes, you will be famous for 15 megabytes. Or, if you blog … 15 people!

Online Video:
Let’s make sure that we all understand that online video comes in different flavors and that the business models associated with the technologies are not the same. Short little Flash Media files are the bastion of YouTube. They are “video snacks” meant to be consumed in a lean-forward environment or on a portable media device. This is hugely different from the H.264 or MPEG4 formats used by Apple in their “download to own” model. And, both are vastly different from the Windows Media and other streaming formats that are popular with the “television-like experience over the Internet” publishers (TV Networks, distance learning, etc). Lump these disparate technologies and their associated business models into a single category at your own peril.

Flash Video came into its own in 2006, but be on the lookout for Java-based players in 2007. “Small and compatible” are some of the lessons learned this year.

HDTV & Home Theater:
For whatever reason, Americans like their video media very, very small (like on a cell phone handset or iPod Video) or very, very big — like big flat screen HDTVs. We saw price points for 32″ models dip below $600 this holiday season. There’s a lot of downward price pressure on the CE manufacturers and consumers are enjoying the fruits of the price wars. Many local affiliates started broadcasting in HD this year, it’s more than a trend, we’re living in an HD world.

Of course, once you get a big-screen monitor, you really want some sound to match. People are creating media zones in their homes with Dolby 5.1 (and even a few 7.1) home theater sound. Will we see day and date release of major theatrical motion pictures over the Internet or cable systems in 2007? I hope so. Charge me anything, it has to be cheaper than the popcorn at the AMC 15plex by my apartment.

DVR:
I loved the new study by TiVo that said that people in DVR households time shift 60 percent of their television viewing. Thankfully for advertisers, only about 10 percent of television households have DVRs – that number has to trend upward in 2007 – sorry. {Editor’s Note: According to Myers Emotional Connections® Research, conducted in June 2006, nearly 20 percent of Americans 18 to 64 in cable/satellite homes had a DVR.]

PMD:
Apple has sold over 58 million iPods (and they’re doing fine, Josh), but there are literally millions of other personal media devices in the marketplace including over-featured cell phones, PDAs and even a few media players that are not from Apple, like Zen and Sony. This is a very crowded space and it is going to get even more crowded as new 3G and other wireless broadband devices start to hit the market in 2007.

Net Neutrality vs. Over-the-Top Applications:
CDNs that offer IP service to their customers are pushing for the ability to charge certain over-the-top services (like online video, movie delivery, 3rd Party VoIP, etc.) more. “Net Neutrality” was a small fight in 2006; in 2007 it will certainly heat up. Are there any publicly traded telecom lobbying firms?

Mesh-Streaming:
Some of the biggest stories in 2007 are going to focus on “file-streaming” (as opposed to file-sharing) or Streaming Mesh Networks. We’ll see service offerings from Bittorrent, iWatchNow, MediaZone, The Venice Project, Veoh, Power Grid, Abacast, Beyond Media, Raw Flow and even Skype. Google “mesh networks” or get a copy of my book, Television Disrupted (Focal Press: 2006) to learn about the technology. The elevator pitch – live, streaming video with almost zero cost of bandwidth. Now do I have your attention? This technology will literally change the fundamental economic structure of the online video business. When you add in the power of other applications like social networking, RSS, collaborative filtering, etc. the value proposition becomes unbeatable.

Metadata:
Navigation is still the biggest problem facing content distributors and, more importantly consumers. This must be solved. Google does not seem to be Google for Video, so who is going to get this done? Everyone I know is trying. Give it your best shot – the solution will be worth several orders of magnitude more than its weight in gold.

Social Networks:
MySpace, Facebook, Friendster, Flickr, Meetup and a zillion lesser-known sites are aggregating you (Mr. & Ms. Person of the Year) and your personal network of 124 family and friends. They hope to profit by leveraging your relationships — they will. Terms like collaborative filtering, communities of interest, folksonomy, tag clouds and tag clusters have entered the business consciousness. Look for search and navigation solutions in 2007 that combine all of these concepts.

Broadband Clouds:
WiFi/WiMax vs. EVDO/EDGE vs. GPRS — The spectrum is being auctioned off, companies like NextWave, Crown Castle and SES Americom are all in the game. Will consumers care about Broadband Clouds vs. 3G vs. 2G ? What are we likely to see on February 17, 2009? One thing is guaranteed: change. There is a bunch of new infrastructure being planned, funded and built. The network landscape is going to profoundly change.

Video Gaming:
PS3 was late, it’s expensive and there aren’t enough of them. Kids who have played it, say it’s great, but may not be worth the money. Xbox 360 is becoming the standard for online communities and Wii got some traction with an attractive price and an interesting new controller. Is Sony’s reign over the console gaming world coming to an end? We’ll find out in 2007.

One of the nicest things about this year is that this list is woefully incomplete — there is so much more happening. Thanks to all of you for making 2006 the year that advanced media went mainstream! Please accept my best wishes for a healthy and happy holiday season.

PreviousWhat Comes First In the Music Business? Music or Business? NextIs This A Crime? Music Licensing Has To Be Easier!