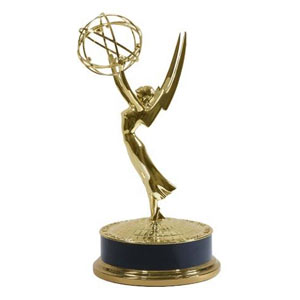 LOS ANGELES – January 8, 2007 – MySpace, the world’s leading lifestyle portal, and the National Academy of Television Arts & Sciences, presenters of the coveted Emmy® Awards, today announced they have joined forces to honor premium broadband content on the Internet. MySpace will serve as the exclusive online partner of the Broadband Emmy Award submissions, empowering video producers and filmmakers to submit self-generated content for consideration through the official MySpace Emmy profile at http://myspace.com/MyEmmy.

“Amazing content is flourishing on the web and enabling submissions through MySpace makes a world of sense. This unique collaboration gives users an accessible platform to recognize the best creative content out there,” said Shawn Gold, SVP of Marketing and Content for MySpace. “We’re inviting all creators of premium broadband content to use the Emmy profile to submit their work for consideration for this highly coveted honor.”

“MySpace will make the Emmy more accessible to aspiring professionals and video creators of all occupations and ages,” said Peter Price, President/ CEO, National Academy of Television Arts & Sciences. “The Emmy community on MySpace and our expansion of the categories eligible for the Broadband Emmy are our next steps in the National Television Academy’s taking a leadership role in encouraging and recognizing premium content on broadband.”

MySpace and the National Television Academy will encourage MySpace users – the next generation of content creators – to enter their work in the Emmy competitions. Beginning February 1, MySpace users will be able to upload their original videos to their personal MySpace profile and submit their video URL to the Emmy profile page (http://myspace.com/MyEmmy) for viewing by the MySpace community.

MySpace, with more than 50,000 filmmakers and countless creators of premium video content, and the National Academy are encouraging all artists to enter their videos for consideration through MySpace. MySpace and The National Television Academy will sponsor Emmy scholarships to cover the cost of the entry fees for selected MySpace users. Even those videos not chosen for a scholarship may be entered directly into the Emmy Award competitions. The National Academy will judge the Broadband Emmys, following its standard procedures of utilizing expert professionals from related areas of expertise (e.g., sports entries will be judged by experts in the sports field).

The 2007 Broadband Emmy Awards will be presented in each of the existing National Television Academy’s Emmy Award ceremonies for program excellence, which include for Daytime Entertainment, News & Information, Sports, and Public & Community Service. The MySpace Emmy profile will first feature videos for the Entertainment Broadband Emmy Award, and subsequently throughout the year will feature News & Documentary, Business & Financial, Public & Community Service, and Sports.

PreviousIs This A Crime? Music Licensing Has To Be Easier! NextWatch the Advanced Media Technology Emmy Awards Live!