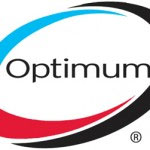 Tweet Article Share Article on Facebook Email Article Share Article on LinkedIn
George Bernard Shaw once said, “Every profession is a conspiracy against the laity.” The media business is guilty as charged. I did not coin the phrase, “over the top,” but I did use it (with a brief explanation) in my column a couple of weeks ago. Apparently you do not have enough acronyms, portmanteaus and initials in your life because I received a bunch of emails asking me to explain further. So let’s add one more phrase to the lexicon of techno-babble and explore, “over the top.”

Cable Operators and Telcos who are trying to become MSOs like to bundle their service offerings into what everyone now calls the “triple play,” video, voice and data. Phone companies have started offering the “quadruple play,” which includes wireless. People who are experts in such matters will tell you that a triple play customer is 40 percent less likely to churn out of a service offering. So it is easy to understand why everyone is pushing the package.

A good non-technical way to think about the triple play is that there are two distinctly different kinds of networks that are used to connect a cable subscriber: 1) QAM-based television and 2) Internet Protocol-provisioned Voice and Internet services. (QAM stands for “quadrature amplitude modulation,” the format by which digital cable channels are encoded and transmitted via cable. You can visit www.televisiondisrupted.com for more info.)

The “television” part of the service is good old-fashioned one-to-many television. The cable television system that provides these signals is sometimes referred to as a “walled garden” because the only content you can view is content that the cable operator aggregates for you. (For example: NBC, ABC, CBS, FOX, Discovery, ESPN, assorted VOD offerings, etc.)

The IP-provisioned part of the service also operates inside a “walled garden” or private network until the data needs to travel over the public Internet.

Both of these “networks,” (the “video side” and the “voice and data” side) are connected to consumer households using one cable. The phrase “over the top” comes from the idea that the IP-provisioned part of the service-offering rides on top of the video cable. It is thought of as a separate system specifically because data can be transported via the public Internet.

Why would anyone care about this? Perhaps you’ve heard the concept described differently — Cable-bypass, IP-bypass, convergence? These are all just different ways to describe the same idea: the disintermediation of private content distributors using their own networks. The Net Neutrality debate will largely focus on this issue (although Net Neutrality is a catch-all phrase for a larger, more diverse set of conflicting interests).

Important Note: Data can be any type of file. There is Internet Protocol-provisioned video, like Windows Media, Flash Media or QuickTime. There is true IPTV (Internet Protocol Television). There is IP-provisioned voice, like the Vonage or Skype VoIP services. And, there is TCP/IP used for e-mail, websites, news groups, ftp sites, etc. The point here is that the “over the top” applications can do almost everything the systems operator can do, and for the most part — they’re free.

Who is going to take advantage of the “over the top” loophole?

A little less than half of the cable households are digital, and cable boasts about 30 million broadband customers. According to emediawire as of July 2006, advanced services lines showed a 60 percent increase in subscribers, bringing the total number of broadband lines with both upstream and downstream speeds in excess of 200 kbps to 37.7 million primarily residential lines. Of these, 61.8 percent had speeds of at least 2.5 mbps in the fastest direction, generally downstream. As with high-speed lines, the majority of subscribers are being serviced by cable modems (64.9 percent), while only 33.9 percent reported using ASDL lines, and 0.5 percent were symmetric DSL (SDSL) or traditional wireline connections. Fiber connections accounted for 0.2 percent of the whole, while other types of connections came in at 0.5 percent. This includes satellite, electric power line, and terrestrial fixed or mobile wireless.

So, if we do some quick math the media universe in the United States looks roughly like this:

Approximately 48 percent (almost half) of cable & satellite households have high speed Internet connectivity. And the number of broadband connected households is trending up. However, at this writing, only 21 percent of the television households are capable of accessing their media “over the top.”

So, what are we likely to see in the short term? Here are my five key take-aways for technology, media and entertainment executives regarding “over the top:”

1) The consumer electronics manufactures were all displaying television sets with Ethernet connectors and some version of Internet browsing capabilities built-in. Imagine a television set that wakes-up and knows it’s a Sony, takes you to a Sony Internet Portal and offers you video content you can also get from your cable company, but on the Internet, it’s free. (Think about the value of the real estate on the screen and who will get to sell it.)

2) As Microsoft’s Vista software becomes ubiquitous, everyone who owns a PC will be able to mash-up stills, video, graphics and music and publish it with one mouse click. All of the video content will be traveling “over the top.” No cable, no satellite (no networks!).

3) By the end of 2007, bandwidth costs for video delivery over the top will be at or near zero. Companies like The Venice Project, urBuddies, BitTorrent, Veoh, MediaZone, RawFlow and about a dozen more will have robust peer-assisted, streaming mesh networks deployed during that time. This software flies under the Net Neutrality radar and makes serving lots of “over the top” video cost effective.

4) RSS (Really Simple Syndication), the language of blogs and podcasts is also the language of video blogs, playlists and meta-playlists. When combined with “over the top” video, you have a new model for affiliating websites into connected communities — this may well be the future of mass-customized video distribution.

5) “Over the top” applications are going to be the focus of a zillion lawsuits and possibly some regulatory action. These sociological conflicts will have a dramatic effect on the future of content distribution. If there are stays put in place while the battle rages, you will see technology flourish and older business models crumble. If cable operators and ISPs are allowed to “dial back” your bandwidth to limit “over the top” access, all bets are off!