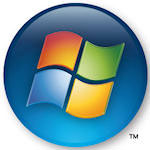 I know most of you think that operating systems are boring and meaningless. But, the only reason you can enjoy such a disconnected vision of the computer, television, media, technology and entertainment world is because Windows has enjoyed a virtual monopoly in the consumer operating system business since they went into business. Based on the news this week, and the generally poor reaction to Vista, this monopolistic stranglehold may be less firm than it once was. I’d like you to think about it and what impact it may have on your business.

Most analysts say that 90-95% of computers are running a Microsoft Windows operating system. (Which is why Bill Gates is the richest man in the world.) About 6% are running an Apple OS with hardware from Apple (Which is why we’re not holding a telethon for Steve Jobs any time soon.) and 1-3% are running something else (Linux, Unix, etc.) In a perfect world, a substantial number of existing Windows compatible computers would upgrade to the new operating system and virtually all new computers would come with OEM (original equipment manufacturer) versions pre-installed. This would be Vista heaven.

But, let’s consider a world where Vista was not only a flop, it was a total crash and burn — what would the world look like then?

For this thought experiment, let’s imagine a world where consumers are forced to buy computers with Vista, but corporate IT directors refuse to upgrade. This makes telecommuting and bringing work home very difficult. Let’s take it one step further and have corporate managers refuse to retrain employees to use the new version of Microsoft Office, since it does not work quite like its predecessor. I know that this is far fetched, but remember, we’re pretending.

In this dark, evil world people would be forced to use other, more compatible and ubiquitously available tools. They would take control of their computer environments and resort to web-based email clients. Can anyone take gmail, yahoo mail, msn mail, or .mac mail seriously?

For word processing and spreadsheets, people would start using browser-based Ajax applets like Google’s Docs & Spreadsheets. It’s compatible with every version of Word and you can use it on any java-enabled browser. Humm … not too much of a hardship.

What about the browser? Without Vista, my Windows XP computer is very happy to run IE 7 or Firefox — I can do almost anything with those, do I really need to switch?

If a large enough group started using browser-based applets to do their work, would computer manufacturers need to ship their computers with Vista? Why not a different OS that had the ability to launch a great browser and some file storage?

A world without Vista might seem like a world with Vista — but somehow different. Why? Firstly, because old XP computers are nearing their planned obsolescence. The gigantic hole in the ground that eats computers is about to open up and swallow them. This will force many people to purchase new computers. What operating system will they choose? Will it have to be Vista?

Which begs the question, what if this is the first product of Microsoft’s that people really don’t buy? What would change? Would Apple’s OS X grab a bigger market share? They just dropped the word “computer” from their company name. Pretty soon they may be an entertainment company. Are they the operating system company of the future? Would Linux operating systems become more prevalent? Or, would the world become a hodgepodge of disparate OSs with only Java in common?

A browser-based, Java-compatible cross platform world would be a very interesting place indeed. In fact, many would argue that we are almost there now. Java-enabled browsers show up in smart phones, computers, and dedicated consumer electronics devices. Will the future be filled with applets running client-side? Would you be willing to buy a computer that didn’t have a user-noticeable operating system, just browser-based web-functionality? It would certainly turn the consumer computer business on its collective ear.

By all accounts, this is the year of online video and self-expression. We see it everywhere. There are already several formats of video in common use and dozens of players which all rely on some version of Windows to run. Flash runs in a browser so does Windows Media, except on a Mac, unless you have a Flip4Mac plug-in, then it runs but not with Windows DRM, except you can play the file, blah, blah, blah …

Can you imagine a world that is even less standardized than the one we have? It may be closer than you think.