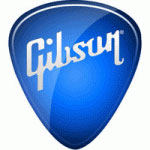 Media 3.0 will continue without interruption, as will the fine work of the dedicated professionals at Advanced Media Ventures Group.  And, rest assured, I am as dedicated to the Emmy Awards and the Advanced Media Committee as ever.

By the end of the first quarter, viral videos from Web site Revver will be offered as free, on-demand content on Verizon’s new FiOS TV service. Plans call for Revver to supply daily best user clips to Verizon.

Steven Spielberg has teamed up with reality maven Mark Burnett for a show that will award a $1 million studio contract with DreamWorks to the winner. “On the Lot” will make its May 16 debut on Fox during an hour-long episode.

Starting this month, 1.2 million bus riders in Los Angeles will be able to watch news, weather, sports and entertainment programs from NBC Los Angeles station KNBC, Telemundo affiliate KVEA and Spanish-language independent KWHY. The deal with out-of-home video provider Transit TV calls for five minutes of each hour of programming to come from the NBC stations.

Seeking to streamline and grow the local TV business, the Television Bureau of Advertising has announced the creation of TVB ePort, an electronic system for buying and selling airtime for TV, video on demand, wireless devices, digital channels and Web sites.