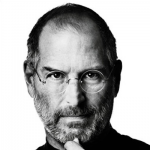 Tweet Article Share Article on Facebook Email Article Share Article on LinkedIn
By now, everyone in our business has either read or knows about Steve Jobs’s essay, “Thoughts on Music by Steve Jobs.” (If you haven’t read it, click here for my commentary and a full version of the original essay by Mr. Jobs.) The thesis of Mr. Jobs’s essay is that Digital Rights Management (DRM) software, the programs designed to prevent illegal file sharing and piracy, do not work and their use, therefore, should be discontinued.

Much debate has ensued and several major recorded music company executives have weighed in. One company said it was considering selling its digital music files in the unprotected .mp3 format. An interesting twist, to be sure.

I have written extensively on the topic of DRM and copyright law. The articles are easy to Google and there’s no reason to restate my positions here. But today, I want to add an artistic issue to the business of music and, with all deference to the business people, business models and the idea that money needs to be made, get all of us to start thinking about the way music is now made and, more importantly, how it is going to be made in the future.

The vast majority of popular music is created in a recording studio. In truth, the definition of a recording studio has changed significantly over the past ten years. So, for our purposes, let’s define a recording studio as a place where you go to create a piece of music (it may be your computer desktop, a project studio or a sound stage). We’ll call this, “performing a recording.” As opposed to a concert venue or different recording environment where you might go to “record a performance.” These two concepts are not the same. When you “perform a recording,” you are working from a pallet of sounds and crafting each element to realize your vision. When you “record a performance,” you are trying to capture the essence and feeling of a live performance without much (if any) extra enhancement.

This article is about music created with Digital Audio Workstations (like your personal computer), electronic music, and performing recordings. Although the concepts will apply to all computer files containing music.

First, let me state for the record, that I agree with Mr. Jobs. DRM does not work to prevent piracy and it never will. Piracy is an important issue for recorded music companies so, at first blush, it may seem logical to adopt an, “if you can’t beat ’em, join ’em.” business model to increase sales. Will it work? Ask me, Ted Cohen, Howie Singer, Mel Lewinter and you’ll get four different answers. And, paradoxically, we’ll all be right. (If you want to get deeper into this issue, I cover it extensively in my book, Television Disrupted: The Transition from Network to Networked TV)

But, as I said, this writing is not about the flaws in the current recorded music business model, it’s about what we actually need to move music forward from a creative perspective.

Many of you know that I am a professional composer by trade. What you may not know is that I was one of the first musicians in New York to be listed in the Local 802 directory (musician’s union) as a “synthesizer player.” Synthesizers evolved into Digital Audio Workstations and my early career was more than partly dedicated to that evolution.

Today, I can do more on my MacBook Pro than I could in my multi-million dollar recording complex in midtown Manhattan just a decade ago. And, of the many tools available to me (and absolutely everyone else on Earth) some of the most interesting are little bits of other people’s recordings known variously as loops, samples or floats. Sometimes these little bits are the most popular musical phrases from old songs. Other times, they are just cool sounds pulled from other recordings. It may be just a drum part, or it could be the sound of the entire London Symphony Orchestra playing the last chord of the End Credits from Star Wars. It doesn’t matter — anything ever recorded can be sampled (recorded by computer), used and re-used in an infinite number of ways.

Just to complicate matters, you can add digital signal processing (DSP) such as reverberation, echo, phasing and literally hundreds of other sonic manipulation techniques to transform the sound to fit your needs. The power of DSP includes the power to adjust pitch without changing tempo and to adjust tempo without changing pitch – with a free program like Garage Band (installed on every Apple Computer) you can meld practically any sound recording into any other in less time than it is taking me to explain the process. With more sophisticated program like Logic Pro or Pro Tools the creative options are virtually infinite.

Current DRM practices do not help or hurt the process I have just described. However, while the business people are busy trying to protect their Intellectual Property from piracy, the concept of file identification has come along for the ride.

The fledging sciences of digital watermarking (embedding unique codes in audio files) and digital fingerprinting (using computers to identify existing audio files) have been largely funded by recorded music companies trying to find ways to prevent illegal file sharing. This is an important goal of Digital Rights Management. If DRM is to be abandoned, or become an unfunded mandate — what will happen to file identification?

Is this déja vu all over again, or just another stunning example of the recorded music industry completely misunderstanding how technology is changing their business? Call them mash-ups, remixes or whatever you like, they are a clear, obvious evolving art form and technology like Microsoft Vista and Apple OS X empowers absolutely every computer user to engage in the practice of creating. Not just songs, but videos that include millions of pieces of music. How will the music be identified? How will composers, producers and publishers get paid?

As creatives, we need ways to allow fellow creators to use our music without fear that our works won’t be identified as meaningful creative elements to Derivative Works. No individual artist can fund such an effort. The research and experimentation and the required raw processing power can only be funded by big companies and industry initiatives.

The ability to identify sonic elements of modern recorded music is an important type of Digital Rights Management. It is important for calculating performance royalties, sync rights and monitoring moral rights and parody rights. It is understandable that the industry is focused on the immediate threat to its bottom line, but if you don’t respect the extraordinary technological change and give composers and producers a way to get paid in the future — you won’t have any music to protect!