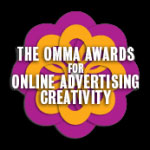 Tweet Article Share Article on Facebook Email Article Share Article on LinkedIn
Get ready for two great conferences in March. First, meet me in Los Angeles on March 19th for OMMA. I’ll be moderating and hosting the Online Video track with Keynotes from Arianna Huffington of the Huffington Post and Jason McDonell, marketing director for Frito Lay’s Doritos brand (“Crash the Superbowl”).

Then we’re off to San Jose where I will chair and host Video on the Net Conference (March 19-22, 2007). This will be “the” must attend conference of the year.  Everyone you know (or want to know) will be attending and presenting.  If you work in the digital video industry, you will do business at this conference.  Register early with the promotional code “palmer” to receive a substantial courtesy delegates discount.

In other news, Text-based search engines pair content with relevant ads based on keywords, user demographics and time of day. Now, programmers are seeking to market technology that can automatically deploy relevant video ads inside online video clips, using techniques as varied as keyword matching and sound and image recognition.

Verizon Wireless has become the latest carrier to offer mobile TV, with the launch of a new service in about 20 Midwestern and Western markets. V Cast Mobile TV, whose eight 24-hour channels include Comedy Central, ESPN and NBC 2Go, will cost $15 to $25 a month. Will consumers pay? How big will the churn be? Will anyone care?

MTV Networks announced a major revision to its ad-sales division by splitting its network units into three demo-specific sales clusters. Instead of selling to targeted demographics, MTV Networks will focus on measured behaviors and psychographics in its ad sales.

Fox Broadcasting Co. will unveil Thursday a new download-to-own service for some prime time series, including “24” and “Prison Break,” as well as movies, games and anime. The service, which will be accessible via more than 200 of its affiliates’ Web sites, will offer a single episode (one day after its first prime time showing) for $1.99 and charge $19.99 to $39.99 for an entire season.

And finally, from the “out of the frying pan into the fire” department: The U.S. Supreme Court could one day decide the FCC lacks the proper authority to regulate indecency, Rep. Greg Walden, R-Ore., a member of the House Telecommunications Subcommittee, told broadcasters on Tuesday at an NAB-sponsored conference. Walden also said he believes broadcasters were taking the fall for TV violence concerns, despite there being 400 other channels, and he suggested that if the merger of the two satellite companies were approved, then broadcasters should be allowed to own more stations.