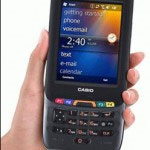 Tweet Article Share Article on Facebook Email Article Share Article on LinkedIn
Did everyone spring forward?  With Daylight Savings Time coming three weeks early, make sure you check your PDA and calendar apps. According to the RIM Website, appointments and their reminders might appear 1 hour late on your BlackBerry device if the appointments start in one of the following windows in any year:

MTV has a new web strategy and it’s going to teach us a thing or two. See my commentary below.

Get ready for two great conferences in March. First, meet me in Los Angeles on March 19th for OMMA.  I’ll be moderating and hosting the Online Video track with Keynotes from Arianna Huffington of the Huffington Post and Jason McDonnell, marketing director for Frito Lay’s Doritos brand (“Crash the Superbowl”).

Then we’re off to San Jose where I will chair and host Video on the Net Conference (March 19-22, 2007). This will be “the” must attend conference of the year.  Everyone you know (or want to know) will be attending and presenting.  If you work in the digital video industry, you will do business at this conference.  Register early with the promotional code “palmer” to receive a substantial courtesy delegates discount.

In other news, Google is seeking to expand its Web dominance by teaming with Dow Jones & Company, Conde Nast, Sony BMG Music Entertainment and other major content providers to distribute their videos to other sites. Under the deals, Google syndicates the videos to sites with relevant content, and shares ad revenue with both the video provider and the host site for the video.

Yahoo! and SBC Communications, now AT&T, closed a deal in late 2001 that involved the creation of a Yahoo!-branded broadband offering, intended to try and lure high-speed Internet customers. AT&T reportedly is looking to change the terms of that deal, however, as changes in the broadband marketplace make the alliance less beneficial to the telecommunications giant.

For the second year running, CBS will offer free, advertising-supported streams of out-of-market games in the NCAA men’s basketball tournament. The network is reportedly doubling the amount of available bandwidth, but, because of anticipated demand, viewers will be directed into online queues and given access to games as space permits.

MySpace, which currently offers programming just from parent News Corp.-owned Fox, is trying to forge content deals with other companies to help create a rival to YouTube, Peter Levinsohn, president of Fox Interactive Media, said at the Bear Stearns Media Conference in Palm Beach, Fla. “There’s certainly an opportunity for the media companies to get together,” he said. “MySpace will be a huge beneficiary of that.”

Finally, if you were wondering about how the capabilities of IPTV might be used for competitive advantage, Verizon has reached a deal with Sivoo Inc. that will give it access to 236 Spanish, Chinese and Hindi language films over three years. Philadelphia-based Sivoo operates an Internet TV network featuring multicultural on-demand programming, and the Verizon agreement is its first with a large provider of non-Internet video services.