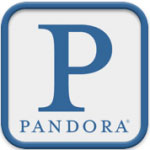 I am about to do the most technical article I have ever written for general public consumption and I promise not to use one technical word. All you need to know is that everything I am about to discuss can be done by an average 14 year old with a computer and a broadband connection.

As you probably already know, on March 2, 2007, the Copyright Royalty Board established a new rate schedule setting aside 2002’s Small Webcaster Settlement Act (H.R. 5469) which capped royalties at an average of 10 to 12 percent of annual station revenue. People in the business recognize that the new rate schedule will most likely put an end to Internet Radio.

Why? The proposed royalties are simply too high. If the new rate schedule is adopted, Internet Radio Broadcasters (organizations that stream music the way terrestrial radio stations broadcast music) will not be able to make enough money to stay in business. And, those individuals who stream music as a passion will not be able to afford their hobby. Or will they?

Anyone who has listened to Senator Ted Stevens (R-Alaska) on June 28, 2006 knows that the Leadership does not have a handle on current technology, let alone future technology. (If you haven’t heard this speech, you must stop reading now and Google “Ted Stevens” and Tubes; the text does not do it justice. No one can write comedy like this, it’s just not possible. And it would truly be funny, if it was not real — but it is!). The Copyright Royalty Board is made up of learned men, but they just don’t know what they’re dealing with.

Radio stations that play music hire program directors to create playlists. These playlists are designed to attract a specific kind of audience. Commercial radio stations exploit their ability to attract an audience by selling air time on their stations to advertisers. Public radio stations do exactly the same thing although they use beg-a-thons and other techniques to ask the audience for money directly.

The important aspect of this music programming is that “before” the music is played on the air, a playlist is created. If you visit the website of any popular radio station, you can easily find their playlist (or a link to it) proudly displayed. Let’s take Hot 97 in NY for example (www.hot97.com).

A playlist is a list of songs that they will incorporate into their broadcast day.

What do Internet radio station listeners listen to? Playlists.

What is the difference between the published playlist on http://www.hot97.com/playlist/ and the playlist that a metaphoric “Hot” format Internet radio station might play?

There is an old story about a very poor man who walked by the bakery each morning to smell the fresh bread being baked. The baker noticed this and wanted to charge the man for smelling the bread being baked, because he never bought a loaf. How do you think the issue was resolved?

If I know the titles of the songs and have the descriptions associated with them and I am connected to the Internet, do I really need you to send me the songs too?

We live in a world where metadata (data that describes other data) is more important than the data itself. I don’t need you to send me the file of the song. I’m already on the Internet and there are literally thousands of places I can get the files. I just need the intellectual property of the gatekeeper, the professional program director, the wisdom of crowds, my social network or another trusted source to send me a list of what I want to hear. Technology will take care of the rest.

By making it too expensive for music lovers or business owners to aggregate and distribute bits and bytes of music files, they will simply accelerate the adoption of an RSS-based (really simple syndication) model of playlist propagation. Why send the actual files, when you can simply send the description (including advertising) and let the consumer’s computer gather the files for you.

This technology was going to become commonplace anyway. The new ruling, if it stands, will just accelerate the adoption.

Unless we can get the Leadership to understand some rudimentary issues, we are going to find ourselves in an almost completely un-regulated, un-regulate-able online world. Get involved in this issue, we need you!!!

P.S. So I’m not breaking my word and not using any technical terms in the body of this article — If you are interested in a very short, video-oriented example of an channelized RSS aggregation site, checkout Network2.tv. Then imagine the same type of site with music files. Then imagine that the music files were not accessed from content owners sites, but from “somewhere out there.” It is child’s play to create a RSS feeder/reader world that mimics the metaphor of Internet radio. And it takes no imagination at all to realize that under that scenario, nobody will get paid.