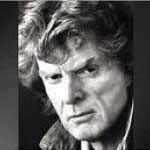 As most of you know, “Imus in the Morning,” Don Imus’ eponymously named radio show has been pulled off the air by CBS-owned, WFAN-AM. (The simulcast on the MSNBC cable network has met with the same fate.) The reasons for CBS’s decision are articulated in “A Message from Leslie Moonves” which you can read on my blog.

Did technology play a role?

Three years ago, if someone heard something on “Imus in the Morning” that made them angry, they had few choices. They could call WFAN-AM’s switchboard and complain. Write a letter (e-mail or snail mail) to the station, the local affiliated station or MSNBC. Or, way back in 2004, an angry listener could have posted an entry on their blog or started a personal email campaign to voice their issues.

Some of this might have been effective, but by the time a news station or other 24 hour news network could have obtained a copy of the video or read the letters that were sent in, the issue could easily have died down. And, by the time the advertisers got wind of the public relations problem, there would most likely have been another story in the news cycle. Three years ago, there was no easy way to “catch” a piece of radio content or its video simulcast and rebroadcast it to the world. The technology existed, but it was not in the hands of average listeners. Almost no one was watching videos online (at least not daily) and Podcasting did not exist.

There is one other very important point that must be made about how Imus’ words would have been presented to the world three years ago. Because it was much harder to obtain and distribute copies of audio and video content, if the 24 hour news channels, local news shows or even network news wanted to present the issue, they would have presented the “three words” that have caused this controversy in context. This may or may not have helped the situation, but in any event, there would have been a certain amount (some would argue a large amount) of journalistic integrity demonstrated by major news organizations airing the story. Would the outcome have been any different? You be the judge, but the power to present the issue was far more one-sided just 36 months ago.

Today, production tools are fully democratized. Anyone who wants to capture a piece of audio or video can do it easily. People routinely capture video they are interested in on their computers or DVRs (digital video recorders) and share them with friends. Editing an audio or video clip of anything is truly child’s play. In fact, children do it every day!

As we also know, today, distribution is fully democratized as well. Anyone can make any piece of short audio or video content available worldwide within a few minutes of deciding to do so. YouTube did not exist three years ago, nor did any of the other user-generated, social networking video-enabled sites. Today, there are dozens of popular ones and hundreds that may not be known to you, but have the ability to reach an audience.

Blogs and blogmobs (see my blog post from June 29, 2006 entitled Blogmobs – The Attack of the Fifth Estate) have huge, ubiquitous reach. Many bloggers have thought-leadership stature reserved for major magazines and newspapers just a few years ago.

Social networking tools are also ubiquitous. There are tens of millions of active users on myspace.com everyday. Add in Facebook, Grouper, Friendster, Flickr and a few thousand other sites and you have a completely connected, highly empowered proletariat. This communicative power is historically unprecedented and the speed at which information travels over these networks is virtually instant.

And finally, broadband penetration is at an all-time high. More people have access to computers, cell phones with text capabilities and Personal Media Devices such as Blackberry’s, Treo’s, etc. than ever before. We are smack in the middle of the transition from network to networked life and almost everyone who wants to be connected — is connected.

Did people use all of the tools listed above to publish and broadcast their own versions and interpretations of the facts? Was the news media influenced by iReporters (CNN) or the blogosphere (as constantly referenced by every major news outlet). Did instant access to partisan recounting of this story cause an over-reaction by otherwise glacially-moving big business?

In the techno-political age, just as in the past, everyone has the ability to use words and pictures to communicate. The difference today is the added power of Metcalfe’s Law. We are all part of a vast technological network whose power is proportional to the square of the number of users of the system.

With all of the personal media aggregation, professional news gathering, consumer news gathering, record-keeping, blogging, vlogging and podcasting occurring on even the most ordinary of days, this incident may simply be remembered for its prescience. From now on, nothing can be unsaid.