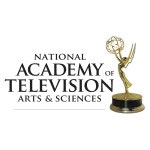 The National Academy of Media Arts & Sciences will be chaired by Bob Wright, Chairman of the Board of NBC Universal and Vice Chairman of the Board, Executive Officer and a member of the Corporate Executive Officer of General Electric Company.  Wright, who joined NBC as President/CEO in 1986 and served as Chairman & CEO of NBC Universal from May 2004-February 2007, has had one of the longest and most successful tenures of any media company chief executive.  During his successful tenure at NBC, Wright extended the broadcaster into cable and satellite, international and new media markets.

“This move is exactly the right move at the right time,  and we’ve got the right guy to move the National Academy in this direction ” said National Academy of Television Arts & Sciences Chairman Herb Granath, Chairman Emeritus, ESPN; Board member of Ron Lauder’s Central European Media (CME); and Co-Chairman of Crown Media Holdings,

Wright, who appeared before the National Television Academy’s Board of Trustees today said, “I am very happy to be involved with this group (the National Academy of Media Arts & Sciences).  It has been clear to me for some period of time that we have converging technologies, and we need to figure out away to get these people involved with us. This new group is a great way to connect with these people.”

“This chapter-based peer group recognizes the new digital generation that has captivated our industry,” says Peter Price, President/CEO, National Television Academy.  “Through the formation of this peer group, we will embrace our peers in the new media and broaden our membership to include television and media.  We are grateful for the support and leadership Bob Wright, one of the greatest visionaries in our industry, gives to this group.”

Price noted that the new National Academy of Media Arts & Sciences will focus on membership and education.  Through the National Television Academy’s existing Advanced Media Committee, chaired by Shelly Palmer, Managing Director, Advanced Media Ventures Group, LLC, (who will be Vice-Chairman of the new National Academy of Media Arts & Sciences) education programs including online newsletters and briefings as well as special events and special access at industry functions, such at the Consumer Electronics Show and the National Association of Broadcasters annual conference, will continue to be developed.

The National Television Academy is a professional service organization dedicated to the advancement of the arts and sciences of television and the promotion of creative leadership for artistic, educational and technical achievements within the television industry. It recognizes excellence in television with the coveted Emmy® Awards for News & Documentary, Sports, Daytime Entertainment, Daytime Creative Arts and Entertainment, Public & Community Service, Technology & Engineering, and Business & Financial Reporting.  Beginning in 2006, The National Television Academy began recognizing programming produced for the Internet, cellphones, and portable media players with its new Broadband Emmy Award for Outstanding Achievement in Content for Broadband and Portable Delivery.  Excellence in Primetime programming and international programming is recognized by its affiliate, the Academy of Television Arts & Sciences.   Regional Emmys are given in 19 regions across the United States. Beyond awards, the National Television Academy has extensive educational programs including National Student Television and its Student Award for Excellence for outstanding journalistic work by high school students, as well as scholarships, publications, and major activities for both industry professionals and the viewing public.  For more information, please visit the website at www.emmyonline.tv