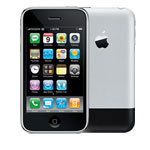 Tweet Article Share Article on Facebook Email Article Share Article on LinkedIn
I just received my invitation to a “special event” that Apple is having on September 5th.  The rumor mill is wild with speculation about what might be announced.  Pretty much everyone thinks there will be new iPods.  It would not surprise me.  As I open the drawer marked iPod Graveyard in my office, I am struck with the history of a device that has truly changed the personal music consumption paradigm.  In only six years this technology has spawned hundreds of new businesses and changed the behaviors of millions of people worldwide.  It is truly awe-inspiring.

To date, the best iPod I have ever seen is the one included in my iPhone.  Although it only holds 8GB of songs and videos (10 times less than my iPod Video), the user interface is emotionally satisfying in the extreme. But, I am waxing poetic about things that everyone else has already told you.  So, let’s get to the sad news.

I’ve written two “love letters” to Apple about the iPhone.  One on the Monday after it was released and, as promised, one “reality check” two weeks later.  This report will detail the issues I’ve had trying to incorporate the iPhone into my daily life since then.

My highest hopes for the iPhone included using it as a phone.  Sadly, this is not possible.  How is it that consumer rights groups have not forced AT&T out of business? They scream to the rafters that their network features the fewest dropped calls.  This simply cannot be true.  To quote myself, I have never ended a call on my iPhone with, “goodbye.”  Every (and I do mean every) single call I have ever made or received on my iPhone has ended with, “Hello?  Hello?”

The sonic quality of the iPhone is another matter.  Subjectively speaking, the device features the worst audio I’ve ever encountered in a handheld communications device.  It’s not bad, it’s unacceptable.  For a company that dropped “computer” from its name to pay homage to the fact that it is now the largest seller of digital music in the world, you would expect the internal speakers of their premier device to be, at least, serviceable.

Speaking of speakers, the speakers that the iPhone uses for playback and for its speakerphone feature are also unusable.  In fact, they are unfit for the purpose for which they were designed.  This is an issue when listening to content to be sure, but it is a huge problem if you want to use the speaker phone feature in your car or when you can’t hold the phone to your ear.

I’ve been over the lack of search functions in a previous article, the latest software upgrade did nothing to change the fact that you can’t search anything in the device in any useful way.  It was a mild annoyance when I was on my honeymoon with the iPhone, it’s really a drag now when I’m trying to call someone and I don’t have their number memorized.

My solution is almost unbelievable, even to me.  I now carry two phones.  Yes, I went to the Verizon store and asked for the most robust phone in the store.  No bells, no whistles, just the most reliable telephone they had.

I am now the proud owner of an LG VX8300 (which set me back $50 after the rebate).  The speakers (stereo, no less) are so loud that you have to turn down the volume on a noisy New York street so you don’t bother other pedestrians who might be startled by the really dumb ringtones that the phone plays.  The speakerphone is extraordinary.  It never (and I mean never) drops a call.  It works everywhere!  The battery lasts for three to four days without a charge and even when I am doing a huge amount of calling, I get home with one to two bars.  This may be a low tech solution, but I forgot just how much fun it can be to have a truly dedicated device.  Kudos to LG and Verizon for making a communications solution that is everything it is advertised to be.

Why didn’t I just switch back to my Blackberry? Well, I still have a $3,000 commitment to AT&T and Apple.  $649.95 to Apple for the device and two years of service (approximately $2,400) to AT&T.  I could easily sell my iPhone, but not the contract that goes with it.  So, its mine to keep for two years. (Yes, yes, the cancellation fee is only $175, but then I couldn’t write these kinds of rants in first person.)

Anyway, this is less of a problem than you might think.  First, like I said, it is the best iPod I own — at least until September when they announce the new ones.  The screen is perfect for lunchtime mini-PowerPoint presentations.  Just convert each slide to a photo and upload the sequence from iPhoto — it makes people smile at lunch.  You just have to be careful not to mix the presentation with pictures of your kids.

The iPhone also has the best web browser available and most of its online functions are still unmatched by any other personal media device.  I thought I was going to hate the EDGE network because it was not supposed to be fast enough.  It’s not, but at least the EDGE network works as designed.  I don’t know how AT&T stays in the voice phone business, I really don’t.

So the aftermath of my iPhone experience goes like this.  After a torrid, two month affair, I really only like the iPhone as a friend.  I’ll keep it around because it’s really pretty and it is still a conversation starter.  But, to be honest, if I didn’t have to own an iPhone (which I do, so don’t start) I’d be carrying a Verizon Blackberry 8703e or the 8830 World  Edition Smartphone.