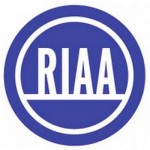 Tweet Article Share Article on Facebook Email Article Share Article on LinkedIn
Last week the RIAA won its lawsuit against Jamie Thomas, a Minnesota woman who put 24 songs in her Kazaa shared folder. The judgment, now being appealed, was for $222,000 ($9,250 per song). It’s a big number, and because it’s so big, it is excellent fodder for sensationalists on both sides of the issue.

The dust has settled a bit, so I thought it would be instructive to think about how the outcome of this case, known as Virgin v. Thomas (Renamed Capital v. Thomas after Virgin withdrew from the case) might affect the owners and consumers of digital content in the near future.

I am not a lawyer, but I have spoken to several lawyers and learned, interested parties this week about the nuts and bolts of this case. (You can hear my conversation with Ray Beckerman, Esq. here)

A couple of things really helped the RIAA win. Ms. Thomas’s lawyers tried to claim IP spoofing but, sadly, she used the prefix of her email address as her Kazaa login. The argument was rejected out of hand. And, because she used her home computer, it was child’s play to map the IP (Internet Protocol) address right to her. Ms. Thomas was clearly not a computer genius or a hacker. She was just an ordinary person doing what ordinary people tend to do online and she left a serious trail of electronic breadcrumbs.

This notion of “making available” is a position the RIAA has taken before, but it is not part of the existing copyright law. In fact, upon reading the text, you will notice that the notion simply isn’t there. Let’s have a look at the relevant part of the federal copyright law:

17 USC 106: The owner of copyright under this title has the exclusive rights to do and to authorize any of the following:

You really don’t need to be a lawyer to read and understand that items one and three are pertinent to this case. Thomas put some songs in her “shared folder,” if nobody downloaded them, how can she be responsible for “reproduction” or “distribution?”

I don’t want to get bogged down in the interpretation of the law, you can find several excellent articles by googling the topic and dig as deeply as you like. The slightly ambiguous legal argument is centered around the concept of “publication.” The US Supreme Court says that “publication” and “distribution” are the same thing. Other courts disagree. Like I said, I’m not a lawyer and if these legal distinctions are of interest to you, you should buy your favorite copyright barrister a beer or two and have at it.

For me, the story gets scary if “making available” becomes actionable or illegal. Here’s why.

There is no legal difference between putting a song in my P2P Network shared folder or in my public FTP folder or in my “documents” folder. If the content is stored on a personal computer that is connected to the public Internet and I have not properly configured my security settings, the content in any directory (possibly my entire hard drive) might be “made available” to the public.

Lawyers will tell you that “intent” to violate the copyright law is not all that important to this kind of copyright case. My attorney calls it a “strict liability offense” which means that even if you make something available by accident, you are still liable.

Can you imagine how some companies might abuse the power of the copyright law to torture absolutely innocent computer illiterates? If this “making available” decision stands, not knowing how to configure your firewall or not setting a password for your home WiFi network might get you hit with a $222,000 penalty from the RIAA. This feels unfair in the extreme — but it’s the logical outcome if the RIAA ultimately prevails in this case.

I would urge you to get into this discussion. Intellectual property is a significant store of economic value, and content owners need and deserve the best protection we can give them. But we also need to be mindful of fact that the public Internet is an open network with hundreds of millions of computers attached to it. And, to state the obvious, the vast majority of them are not secure. This situation won’t change unless you personally get involved. Please contact your elected officials and tell them where you stand on the issues. We elect them and they make (and change) our laws — but they can only do that if they hear from you!