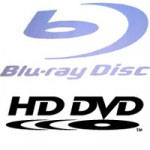 Is there finally an interactive television business? We’re about to find out. For years, various companies have attempted to demonstrate that Americans are ready, willing and able to interact with their television programming. Unfortunately, the technological infrastructure for creating a true interactive television experience has never been deployed at scale. So, there has never been a true test of the concept. This situation has almost changed.

Both Bluray High Definition DVD and HD DVD players can be connected to the Internet enabling content creators to program fairly high levels of interactivity into their creative. What?

According to the Wall Street Journal, one example might go like this — if the producers of Universal’s movie, Evan Almighty wanted to exploit the movie’s “green” message, they could program an interactive pop-up window that might offer you an opportunity to purchase ecologically sound toilet paper. The WSJ was using a horribly silly example, but, in practice, it’s possible. Of course, the example is not that much sillier than the somewhat older concept of watching Friends and clicking on Jennifer Aniston’s sweater to purchase it.

This over-stated goal of interactive media technologists is about to be put to the test. As dozens of people buy HD DVD and Bluray players — did I say dozens, I meant hundreds. We’re going to have the opportunity to learn something about the sociology of media consumption.

One of the seriously unanswered questions regarding interactive television technology is its ability to modify or change media consumption behaviors. Think about it this way, you are busy watching a piece of linear content, such as a movie or television show, and all of a sudden you are awakened from your semi-comatose state and disturbed into interacting with something. It might be a pop-up window, a small graphic, an opportunity to click something or whatever. The operating principle is that you have been interrupted (while you were paying attention to something else) and asked to exhibit a behavior that may or may not be to your benefit. Assuming that you are only mildly annoyed by the presence of this unwanted intrusion, will you interact?

Let us consider a home HD DVD viewer of high margin content — the kind that might be consumed on-demand (on a business trip) in a hotel. There are many things one could imagine that a viewer so engaged might be interested in purchasing. Would an interactive advertisement be an appropriate messaging vehicle? At what point in this viewing experience would this hypothetical viewer wish to be interrupted? I guess the advertiser could wait until the viewer was done watching to introduce the interactive ad — the average duration for this type of content is said to average five to seven minutes (longer in France). A commercial break in linear programming? It will never work!

How about a feature length motion picture or a long form television property? When is it appropriate to interrupt? As a practical matter, there is no good time to interrupt someone who is engaged in a lean-back viewing experience.

OK, let’s look at it another way. Perhaps there is additional content or additional story elements that might enhance or otherwise enrich the viewing experience. “Click here to see the titles of every movie that starred Kermit the Frog and Britney Spears.” But if I’m sitting in my living room with my laptop, I can get a better two-screen interactive experience by logging on to IMDB.com.

Wait — maybe I’m not being creative enough. Perhaps there is a commercial application that can truly be woven into the fabric of the show to make the viewing experience both emotionally satisfying and profitable for the interactive content provider. If there were such content, you would have already seen it produced for lean-forward, one-to-one media consumption — like on a PC.

Some industry professionals and analysts are saying that interactivity is the magic bullet that will propel HD DVD and Bluray High Definition DVD sales. I truly don’t see how. People just don’t see a reason to purchase the players or the discs. And, as the great American philosopher, Yogi Berra, once said, “If people don’t want to come out to the ball park, there’s no way to stop them.”