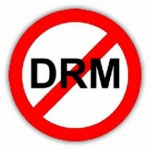 Neuros, which brought us the OSD machine that’s supposed to make it easy to record any digital media, then play it on any device, has released their new “Unlocked” standard they hope will catch fire.

Customers disagree about how good the OSD is, and how easy to use (which probably means it’s a techie device that techies like), but the concept can’t help but take hold, eventually. People want control of their music, movies, TV shows, etc. Why should you (or I?) be prevented from watching whatever, however and wherever I want? This is why I have PocketMac — to more easily get stuff from my Mac to my Windows Mobile handheld — why I put things on DVD, why I connect my computers and share files, and why I get pissed off every time I try to plug my daughter’s video iPod into a machine other than the one it was originally synced to. (Apple tells me I’ll have to wipe it clean to sync it up, when all I really want to do is drag one or two things I legitimately have on or off to or from another machine.) These kinds of restrictions piss off a lot of people, and while I understand the need and desire to protect, I also think openness over time will be a huge pull.

Dorian Benkoil is a senior consultant in digital publishing for Teeming Media, a New York-based media group. An MBA and award-winning journalist and editor, he was a foreign correspondent for The Associated Press and Newsweek, and handled editorial and business matters as managing producer for ABCNews.com and editorial director of mediabistro.com. He writes regularly for the Jack Myers Media Business Report. He also blogs at mediaflect.com.